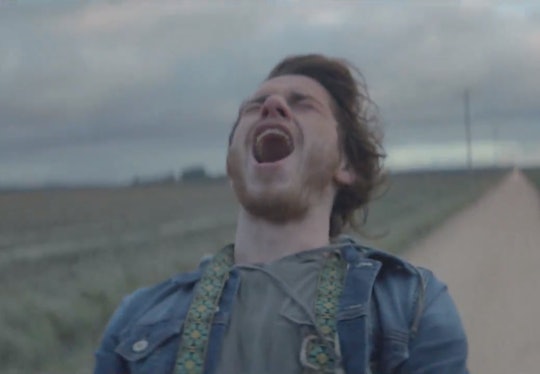 On a daily basis, the average person is bombarded with advertisements, whether it's on trains, billboards, social media, before YouTube videos, and, of course, on TV. You've seen most commercials so many times you could recite the jingles or words by heart, but everyone once in a while one comes along that stops you in your tracks. And that's the mark of an effective ad — it makes you think or, at the very least, gets you talking. And that's what this recently unearthed and very dramatic ad about a man growing up, starting from his birth and into his adulthood, is doing. It's honestly hard to believe the uncharacteristically over-the-top ad is for everyone's favorite sandwich purveyor — Subway — but that might just be why it worked so well.

The unearthed commercial was first tweeted out by Ryan Simmons and it's since gone very viral. Simmons joked that he would give "one hundred thousand dollars" to the first person who could guess what company the ad was for by the end, which could buy a whole lot of Subway sandwiches.

Simmons' tweet quickly garnered a lot of attention from fans both confused and amused. Unlike most Subway ads, this one features very little sandwich artistry, no focus on fresh ingredients, no deals — basically, none of the usual advertising tricks. It was baffling to some, but it got people talking, so score 1 for Subway, 0 for...well, pretty much everyone else.

"THIS CAN'T BE REAL," one Twitter user wrote of the Subway ad.

"Did Terrence Malick direct this Subway ad?" another tweeted, referencing the famous film director who's responsible for movies like The Tree Of Life.

"I really want the Subway commercial to be real. I really do. But if not, the man behind the madness is a comedic genius," another wrote.

"If you stay through the credits of Tree of Life, that is also a Subway commercial," a viewer tweeted.

"Somewhere, an ad agency creative team is watching a Twitter feed full of comedians with 6 digit twitter followings make fun of their Subway commercial," another wrote. "They wink at the Subway exec who slides them a comically large burlap sack of money for a job well done."

The ad is very real, and at this point actually pretty old. At least as old as its star at about the :48 second mark, according to Australia's 10 Daily. The dramatic Subway ad debuted in 2016, and the outlet revealed that it was created by an agency called Stink in conjunction with Subway's Brazilian team, details Simmons also shared on Twitter.

"We're excited for the storytelling and creativity that takes place around the world, from this story in Brazil to dedicated Franchisees in the United States and our culinary innovation taking place globally," Subway said in a statement on Friday, according to BuzzFeed News.

This tactic isn't new to brands. Windex pulled a similar stunt with its 2017 ad, titled "The Story of Lucy," as Country Living reported at the time. The commercial captured a father's special moments with his daughter, from birth and beyond, set to Grace Vanderwaal's "Beautiful Thing." The father in the ad works on ships and is often away, but always makes it home for special moments, like his daughter's birth, her first steps, her graduation, and eventually the birth of her own child.

Anyway, if you need me I'll be crying over emotional advertisements all day.