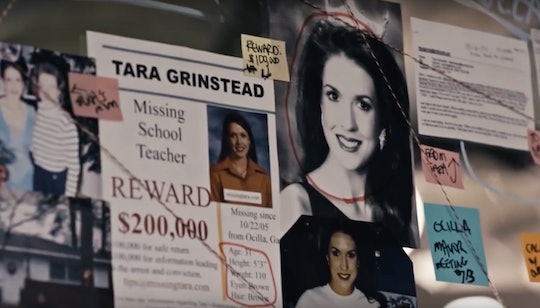 Bo Dukes Has Been Convicted & Sentenced In The Tara Grinstead Case

Tara Grinsead's family can finally breathe a sigh of relief. The Georgia teacher and former beauty queen's 2005 disappearance and subsequent murder captured the attention of the public when it became the subject of the podcast and Oxygen documentary, Up & Vanished. In the years since the case first opened, the main question among those following the story closely has been was Bo Dukes convicted? The 34-year-old man was one of the first to stand trial for the crime, according to the Associated Press, but it took some time for justice to be served in Grinstead's case.

On Thursday, as People reported, Dukes was convicted of covering up Grinstead's 2005 slaying by a jury. According to The Atlanta Journal Constitution, he was sentenced to 25 years in prison on Friday morning. Dukes has been charged with two counts of making a false statement, along with one count of hindering the apprehension of a criminal and concealing the death of another, according to People.

Dukes' defense attorney, John Fox, told Romper in an emailed statement that they "appreciate the jury's service," but did "not agree with the verdict and are weighing all appellate options as to the conviction and sentence imposed."

The Associated Press reported that Dukes was one of the first two suspects to take the stand in Grinstead's case. Until 2017, when he and another suspect were arrested, it was unclear what had happened to the Georgia teacher. (Dukes must still stand trial for charges directly related to allegedly burning Grinstead's body, according to the Associated Press.)

In court on Thursday, according to Fox News, District Attorney Brad Rigby told jurors Dukes inflicted "more pain" when he lied to authorities a decade after Grinstead's disappearance, leaving her case unsolved and her status unknown. "He had the opportunity to make the right decision and tell the truth, but he went in a different direction and he abused honor and he abused trust," Rigby said, according to The Washington Post. "He chose to inflict more pain and suffering to the Grinsteads on that day."

Fox, Dukes' defense attorney, argued there was no evidence to suggest Dukes intentionally lied to the Georgia Bureau of Investigations agent who questioned him in 2016, according to the Associated Press.

Dukes did eventually come clean about what he'd done in a later interview, according to 11 Alive. On the third day of his trial, GBI officer Jason Shoudel took the stand to play an almost hour-long confession tape, during which Dukes spoke at length about how Grinstead was killed and her body disposed of, as 11 Alive reported. Ryan Duke, who is not related to Bo Dukes, has been charged with allegedly killing Grinstead, according to People.

"It's stuff you can't even tell a therapist," Dukes said in the recording, according to CBS News affiliate 13WMAZ. "You want to talk to somebody, and you can't tell them."

Ryan Duke is set to stand trial on April 1, according to WALB.

More Like This
6 Takeaways From The White House’s First-Ever Parents Press Conference
5-Year-Old Boy Died In Hot Car As His Family Prepared For Sister's Birthday Party
Can You Light Fireworks In Your Backyard?
Chris Evans Has Choice Words For Critics Of The Same-Sex Kiss In 'Lightyear'