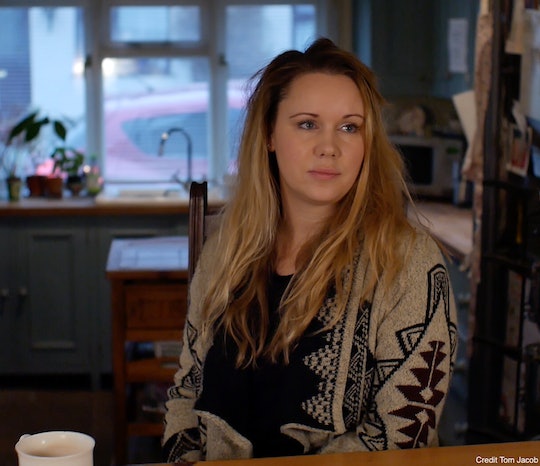 Climate change isn't just another hot button topic on a political ballot, or something that we can allow our governing forces to dismiss as a mere conspiracy. The fact of the matter is that the stability of our ecology is in jeopardy, the effects of which aren't going to be as evident to us as it will be for generations to come. That's why BirthStrike, the movement to support individuals who don't want to have kids due to climate change, has been gaining traction.

The group, which Vice reported is a movement on social media, is about inspiring systemic change, and reclaiming autonomy over one's body and life choices. One of the group's founders, Blythe Pepino, spoke to the news outlet about why this is so important to think about right now. "There are millions of people moving around the world, on the borderline of survival, already. They are looking for a safe place to live, and look at the hostility they face," she told Vice. "Think about the way we treat refugees at the moment — what hostility is going to exist in the world in the future?"

She added, "That's so scary and depressing for me. Our kids wouldn't be able to hide from that; that's the world that they are going to live in."

In an interview with Romper, Pepino explains that BirthStrike is for both men and women who are choosing not to reproduce because of climate concerns, and those who support their decision to do so. The group is based in the U.K., but members can join from anywhere in the world.

"It's a group... who are too frightened by the ecological breakdown and the inaction of governing forces in response to this existential threat," Pepino tells Romper. "I reached out to others and realized this was quite common which was when I decided to create BirthStrike and turn our personal decisions into a platform that could help spread the word about what is happening in the hope we will help to create system change."

However, it's not just about not having kids — it's about spreading a message. Pepino explains that she hopes it will serves as a sort of catalyst for political efforts, and that their ultimate goal is "widespread, deep systemic change" generated by a "collective, united human response to this threat."

Specifically, Pepino says that they are concerned with the loss of insect life, soil degradation, desertification, flooding and high increases in temperature plus the "disastrous weather we will see mass famine, resource war, violence, a continued rise in fascism, huge numbers of people displaced from their homes."

However, BirthStrike's mission is not to persuade others not to have children — that misses the point. "Our purpose is not to persuade others to not give birth," Pepino tells Romper. "We know that population reduction cannot save us at this point only lifestyle change and system change. We want to create support for those who chose not to because this is often a stigmatized choice and yet one, in the present situation especially, which is entirely valid."

For now, Pepino says that the feedback has been mixed. Though the group has been "trolled" with "quite violent messages" at times, they also receive a lot of support from those who agree with their mission, or can at least empathize with their beliefs.

Pepino tells Romper that the group's long-term mission is to join forces with the YouthStrike movement to facilitate a new and effective green deal hopefully encouraging others to quickly "galvanize this process to resolve to action by the authorities of the world." While she realizes it might not be an overnight change, Pepino says that BirthStrike is a non-violent but powerful action-based message: "Some may simply give up and try to find somewhere to hide, but there will be nowhere to hide."

More Like This
Post Malone Just Revealed He's Welcomed His First Child AND He's Engaged!
Here’s How To Fight For Abortion Rights
Obamas Issue Powerful Statements After Supreme Court Ends Roe v. Wade
Keep Talking To Your Kids About Abortion — It's More Important Than Ever