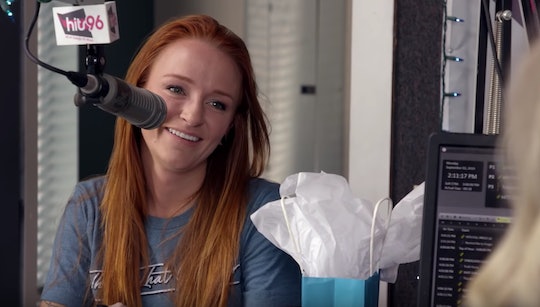 It's been five months since MTV cameras documented the stories of Maci Bookout, Amber Portwood, Catelynn Baltierra, Cheyenne Floyd, and Mackenzie McKee, but the good news is they're coming back soon. In fact, the newest season of Teen Mom OG returns next month.

The new season of Teen Mom OG airs on MTV on Tuesday, March 17 at 8 p.m. ET. This week, MTV dropped a new trailer for the upcoming season, showing the cast and their kids as they experience new challenges in their lives, including breakdowns, tears, and even some legal drama. But MTV cameras also captured some of the stars' more positive and fun moments, too. For instance, Bookout says in the trailer she wants to "help young women," while Floyd talks about wanting to start her own event planning company. Meanwhile, McKee says she wants to get back into cheerleading. "I have been dying to get back in the cheer industry," McKee tells a friend in the trailer.

Teen Mom OG fans might be less familiar with the newest cast member of the show, Mackenzie McKee. The 25-year-old mom of three made her MTV debut in 2012 during Season 4 of 16 & Pregnant and even made an appearance on Teen Mom 3. She was a guest star on this past season of Teen Mom OG, and is now listed as an official cast member on MTV's website. Last season, McKee's story followed how she and her family coped with her mom's brain cancer diagnosis.

So mark your calendars because next month fans will get to watch the whole Teen Mom OG crew "take on the world" on Tuesday nights starting on March 17 on MTV.