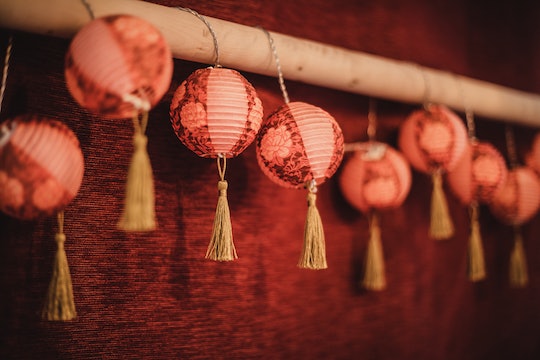 Ashamedly, I was today years old when I found out the Lunar New Year was the same thing as the Chinese New Year, a holiday every kid remembers reading about in elementary school. I'd love to celebrate Lunar New Year 2020, partly because of the meaning in the holiday, but also because I feel like I owe it to the world for not knowing it was the same thing as Chinese New Year. According to thechinesezodiac.org (and also the Chinese Calendar) this year, the Lunar New Year will be taking place on Saturday, January 25. And even cooler? This year’s animal is the Metal Rat, which means it should be a lucky year, the website noted.

Why animals? Chinahighlights.com noted that "since ancient times, Chinese people have been using the Chinese Zodiac animals to represent the years. Each lunar year is related to a zodiac animal, beginning at Chinese New Year. The 12 zodiac animals recur on a 12-year cycle." I was born in the year of the ox, thank you very much. Which being born in 1985 means I was born in the year of the "wood ox," and I am "restless, decisive, straightforward, and always ready to defend the weak and helpless," according to the website. You can learn yours on the website as well.

More fun facts about the Lunar New Year: Its origins are thousands of years old and “steeped in legends,” according to britannica.com. “One legend is that of Nian, a hideous beast believed to feast on human flesh on New Year’s Day. Because Nian feared the color red, loud noises, and fire, red paper decorations were pasted to doors, lanterns were burned all night, and firecrackers were lit to frighten the beast away,” the website noted. As for now, this holiday is usually celebrated in China and other Asian countries, and begins “with the first new moon of the lunar calendar, and ends on the first full moon of the lunar calendar, 15 days later,” the website noted.

Thankfully, there's still time to ritually prepare for this upcoming holiday (respectfully, of course). Approximately 10 days before the lunar new year, you’re supposed to clean your house to remove any bad luck that may be lingering, which is called “sweeping of the grounds.” So hop to it. As of this writing there are only 12 days left, and you need to make a game plan if you celebrate. Other ways people have traditionally celebrated this holiday include "visiting family members, decorating, giving gifts and greetings ... and acquiring new clothes in order to start the new year on a good (auspicious) note," according to chinahighlights.com.

If you’re new to celebrating the Lunar New Year or if it’s a wonderful tradition you’ve been celebrating and performing for years, don’t forget to mark your calendars that this year it will be on Jan. 25. And thanks to the year of the rat, it looks like we’re in for a pretty lucky year. Fun fact: 2008 was also the year of the rat. Fingers crossed.