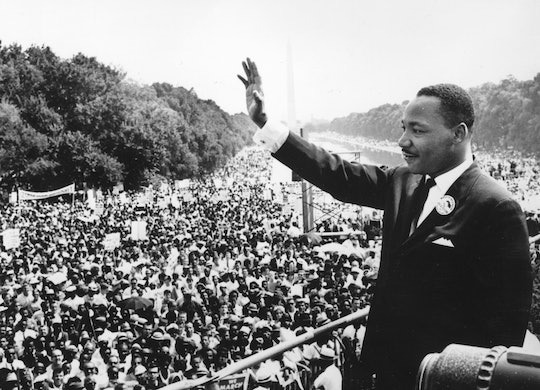 Each January we celebrate civil rights leader Dr. Martin Luther King Jr.’s birthday, but it may come as a surprise to learn that it took years to get this federal holiday on the books. The campaign to enact the holiday began shortly after King’s assassination in 1968, but due to forceful opposition and congressional apathy, it wasn’t approved until 1983 when President Ronald Reagan signed it into law on November 20 of that year. But when is Martin Luther King Jr. Day now?

This year, we celebrate MLK Day on Monday, January 20, according to the Corporation for National & Community Service (which makes it kind of an interesting number: 1/20/2020).

Reagan may get the credit for making MLK Day official, but as Walter Isaacson wrote for Time, “he was reluctant to support the idea” when he came into office in 1981. A so called “sensitivity gap” toward minorities and women was cited by the magazine as the reason for his administration’s indifference to the idea. A year later, however, Reagan was singing a different tune.

“Faced with inevitable congressional passage of a bill to make Martin Luther King‘s birthday a national holiday, Reagan swallowed his longstanding objections that this would open the door to many other groups seeking similar holidays and decided that he would support the measure,” Isaacson wrote.

On the third Monday in January, 34 years later, we'll continue to recognize the Baptist minister whose words and works ignited a fight to end segregation and a movement to create a nation where people would “not be judged by the color of their skin but by the content of their character," in King's words.

This January 20, parades, events, and activities will be held in cities across the country to honor the leader and his mission. If you're looking to find a meaningful way to get involved, The Corporation for National and Community Service is promoting MLK Day as “a day on, not a day off" in an effort to encourage people to get involved with service activities in honor of King and his legacy. To find a volunteer opportunity, visit nationalservice.gov.