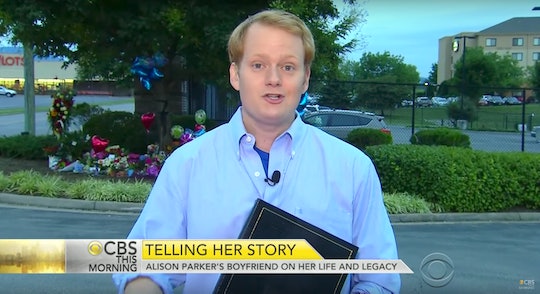 One former local news anchor experienced an unthinkable tragedy back in 2015 when his girlfriend and colleague was shot to death during a live news broadcast. The gruesome attack, which also left a cameraman dead, meant that plenty of Virginia voters knew who Christ Hurst was before he decided to enter politics to advocate for change as a direct result of that awful incident. Now, the 30-year-old first-time politician has defeated the pro-gun incumbent to claim a seat in the Virginia House of Delegates, having advocated for reducing the rampant epidemic of gun violence in this country.

But, throughout his unlikely campaign, Hurst actually did not focus as heavily on imposing stricter gun safety measures as one might expect. Other themes central to the Democratic political newbie bid were climate change, equal pay for women, abortion rights, racial justice, expanding Medicaid, supporting the Affordable Care Act, getting aid to rural schools and hospitals, and improving infrastructure, according to a Philly.com profile of him from September. He is also passionate about ensuring those who need mental health care get it, WTVR reported.

When he did talk about gun laws, which he told Philly.com's Jonathan Tamari were "not really a major part of the campaign," he stressed getting firearms out of the hands of domestic abusers and those with mental illness.

Still, his win over three-time incumbent Joseph Yost Tuesday as the Delegate for Virginia's 12th District is striking because of his intimate, heartbreaking connection to one particular act of gun violence that captivated the nation two years ago. Hurst had recently moved in with his girlfriend, Alison Parker, when a man who had previously worked for WDBJ-TV in Roanoke shot and killed her while she conducted an on-air interview for the station. Cameraman Adam Ward also died by the killer's gun that day. Hurst himself continued to work for the station until February, according to The Roanoke Times, when he moved to Blacksburg to launch his political career.

According to HuffPost, Hurst's name recognition from appearing on television night after night helped him to secure the 12th District by a 54 to 46 percent margin. There's no doubt that he was popular within his Roanoke-area community, which rallied around him after 24-year-old Parker's gruesome public death. And he's thankful for that support. In fact, it played into his decision to run for office, as he told the website in August:

I owe the residents of southwest Virginia a debt of gratitude that I don't think I'll ever be able to repay. But [running] seems like something worthy of what they did for me.

On his campaign website, Hurst explained the ways he believes his career as a journalist prepared him for public office:

As a journalist, I’ve been a fierce advocate for families struggling for access to mental health care and equality in education for students with special needs. I’ve investigated reasons why our workforce must adapt for the careers of the future. I’ve documented the dramatic rise of child abuse and opioid addiction. And I’ve held government leaders accountable while showing how our first responders are left without vital resources.

Hurst added that he loves to read, kayak, and hike in the Blue Ridge Mountains. It's clear now, though, that his life will now be dedicated to improving the lives of his fellow Virginians. Yes, Hurst rose to national prominence because of an awful tragedy, but now he has the chance to do his part to make it a little less likely that something similar will happen to others — and to make many other important changes that have nothing to do with gun safety.