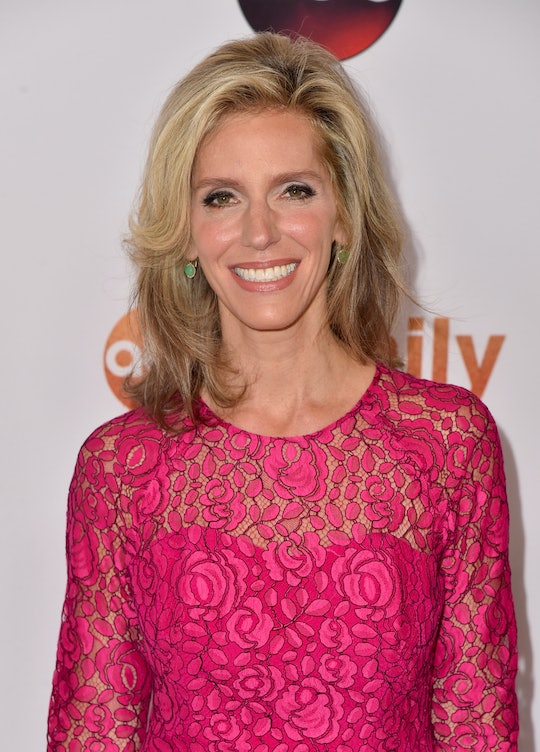 The college admissions scandal that erupted Tuesday continues to get bigger. Among the people charged is parenting book author Jane Buckingham, who has been taken into custody in connection to the alleged college cheating scandal, according to People. And following the news of her arrest, the author's son has since spoken out about the controversy.

A whopping 50 people have been charged in the FBI's “Operation Varsity Blues" investigation, according to CNN. Although most of the conversation has centered around actresses Lori Loughlin and Felicity Huffman, the public is beginning to learn more about Buckingham's alleged role in the scandal.

“I know this is craziness; I know it is,” Buckingham allegedly said in a recorded phone conversation with the agency's owner, William "Rick" Singer, according to Bloomberg. “I need you to get him into USC.”

The mom allegedly considered doing the same for her daughter, a high school sophomore named Lilia, according to The Hollywood Reporter.

Buckingham, along with Loughlin and Huffman, has been charged with with conspiracy to commit mail and wire fraud, according to the United States Department of Justice's website.

Buckingham's son, Jack, broke his silence on Wednesday regarding his mother's alleged involvement in the college scam. "I have been advised not to speak on the matter at hand but what I will say is this: I know there are millions of kids out there both wealthy and less fortunate who grind their a** off just to have a shot at the college of their dreams," he wrote to The Hollywood Reporter in a statement. "I am upset that I was unknowingly involved in a large scheme that helps give kids who may not work as hard as others an advantage over those who truly deserve those spots."

He continued, "For that I am sorry though I know my word does not mean much to many people at the moment. While the situation I am going through is not a pleasant one, I take comfort in the fact that this might help finally cut down on money and wealth being such a heavy factor in college admissions. Instead, I hope colleges may prioritize [looking at] an applicants' character, intellect and other qualities over everything else."

His statement to The Hollywood Reporter concluded, "It was probably not a smart idea to say anything but I needed to get that off my chest."

As for Lilia, she tweeted: "Hello beautiful people. thank u for your support. i love u all."

Additionally, "she is a contributing editor to Cosmopolitan, a regular guest on Good Morning America and The View, and was recently named by Elle as one of the 25 Most Powerful Women in Hollywood," according to her Harper Collins author's bio. Buckingham lives in Los Angeles and she's married to "bestselling business author" Marcus Buckingham, according to her bio

Buckingham is also the founder of Trendera, a "boutique marketing firm specializing in trend forecasting, brand strategy, and generational research," according to its website.

It's not yet clear what the future holds for Buckingham and her professional endeavors, and only time will tell how this case inevitably plays out.

More Like This
Dads Share What Paid Family Leave Would Mean To Them In Heartwarming Video
Exclusive Eureka! Clip Introduces Star Of Disney’s New STEAM Preschool Series
How Title IX Changed The World For Girls
Adorable Fireworks Crafts To Celebrate The Fourth