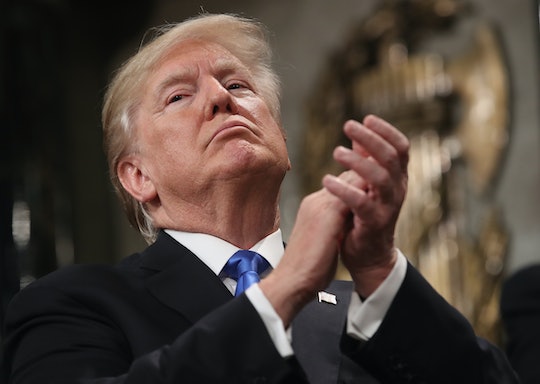 Twitter Guessed The 2019 State Of The Union's Designated Survivor Correctly

If you're a fan of Netflix's Designated Survivor, you're well-versed in the designated survivor concept. For those who haven't watched the show, it follows Secretary of Housing and Urban Development Tom Kirkman (played by Kiefer Sutherland) who takes on the role of president after a terrorist attack at the State of the Union address wipes out most of the U.S. government.

The fictional show does an arguably good job of demonstrating the chain of events following a devastating attack against the U.S. government, especially where it concerns how a designated survivor is chosen.

For starters, the designated survivor must be a "natural-born citizen" over age 35 who has "lived in the U.S. for at least 14 years," according to The Atlanta Journal-Constitution. Additionally, the person must be a Cabinet member in the presidential line of succession, according to CBS News.

Agriculture Secretary Sonny Perdue, who meets all of the requirements, took on the designated survivor role in 2018, according to NPR.

As who will act as designated survivor during the State of the Union on Tuesday, Feb. 5? Prior to the mystery person's reveal, some people took to Twitter to express curiosity about the choice.

"I wonder who the acting designated survivor will be," someone tweeted on Tuesday afternoon.

And one person had some fun with the President Trump yelling at lawn-mowing boy meme. "WOULD YOU LIKE TO BE THE DESIGNATED SURVIVOR TONIGHT," they captioned the image.

Others took bets about who the person might be, with many suggesting the role will go to U.S. Secretary of Energy Rick Perry.

"My prediction for #SOTU Designated Survivor: Rick Perry," someone else chimed in.

Of course, it was completely possible that Perry wouldn't get the gig. Nonresident Senior Fellow at The Bulletin of the Atomic Scientists Steven Schwartz also suggested U.S. Secretary of Education Betsy DeVos, U.S. Secretary of the Treasury Steven Mnuchin, and U.S. Secretary of Commerce Wilbur Ross as other possibilities, he shared on Twitter.

As it turns out, the designated survivor tonight is Perry. Yep, Twitter was on the money with this one.

As for social media's reaction to the news? People had plenty of jokes prepared.

"I feel like Rick Perry wasn’t supposed to be the designated survivor, he just accidentally locked himself in his bathroom 2 hours ago," someone tweeted.

"So Rick Perry is the Designated Survivor?" someone else said. "I'd feel much better if it was Steve Perry."

Another commenter chimed in: "If someone told me a few years ago that Rick Perry would be the designated survivor, I would've assumed he scored a minor cameo in the season finale."

One person tweeted: "Honestly waking up tomorrow to President Rick Perry would be a great twist for the season finale of Trump."

I don't know about you guys, but I'm a bit envious that Perry gets to sit this one out. No further explanation needed, right?