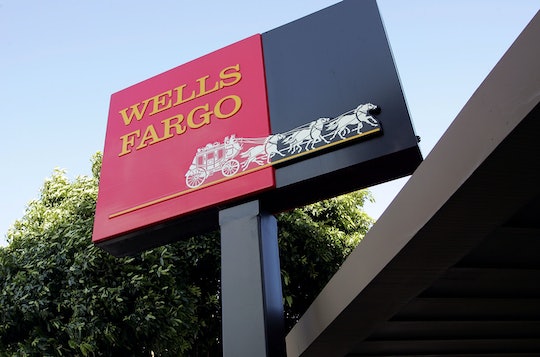 Who Was Affected By The Wells Fargo Student Loan Suit? It's A Complex Case

Most college educated Americans are haunted by three little words in their everyday life, like a character in a cold medicine commercial. But instead of "itchy, sneezy, scratchy," it's "student loan debt" and the symptoms last well beyond a few days, and can't be cured with some sleep and an over the counter drug. In fact, it's over-the-counter student loan providers that are the problem, which is why it's sort of good news that the Consumer Financial Protection Bureau has caught Wells Fargo bank in illegal practices against student loan borrowers. The sad news is that those affected by the Wells Fargo student loan suit are just a fraction of student loan borrowers.

Update: In a statement to Romper, Wells Fargo Consumer Lending Communications spokesman Jason A. Vasquez wrote: "Today’s consent order with the CFPB resolves three areas of concern cited by the Bureau related to legacy payment procedures that were retired or improved many years ago, and addresses the impact to a small number of customers. Wells Fargo is deeply committed to serving customers, investing in communities, and operating responsibly and ethically, and will continue to do so in a manner that is reflective of our vision and values."

On Monday, the CFPB found that Wells Fargo was involved in some very illicit and unethical practices when it came to their servicing of private student loans. The bureau has ordered a $3.6 million civil penalty to be paid to the government and asked them to refund about $410,000 to consumers.

The CFPB has been investigating Wells Fargo throughout the year and found that the organization had apparently been mishandling consumer loans and making it purposely difficult for customers to really run the numbers and make a plan to pay off their debt. Only customers who have private loans through Wells Fargo will reap any "reward" from the suit, but some of the things they were doing seem possible to replicate at any loan provider.

Here's what you need to know about what the lender (and likely others) was apparently doing:

Imagine one was able to make a payment that was just below the total due. Wells Fargo used some of whatever payment borrowers were making to cover "late fees" instead of applying it to the account. Which just raised the next payment, the late fees, and the frustration on the borrowers end. In some cases, a partial payment would have satisfied the payment on one or more loans, so a late fee could be avoided. According to the court, Wells Fargo also didn't tell the borrower that they had any say in where the payment they made was going at the end of the business day, which they are required to do.

The CFPB found that Wells Fargo was charging late fees even if a payment was made on the last day of a payment period. Even worse, they also charged late fees when borrowers chose to make smaller payments throughout a month in order to stay current.

When a borrower was delinquent and then resolved their issues, or Wells Fargo was alerted to the fact that they had counted a payment as late when it wasn't, the bank didn't update the information send to credit agencies. Which, as most Americans know, is just about everything if you want to rent or buy a home, a car, or even apply for some jobs.

The $3.6 million penalty is being paid to the agency, which is also sort of messed up. But the bank is issuing refunds to anyone who was charged late fees when they shouldn't have been, if they had private student loans serviced by Wells Fargo.

Private loans are meant to mirror federal loans, but rates and conditions can fluctuate, according to the CFPB, in ways that really hurt the borrower. The Wells Fargo case highlights a lot of those issues. According to CFPB there are about 8 million borrowers who are in default of over $100 billion in student loans. There are a lot of socio-economic reasons for that kind of default, but if providers were working with borrowers to repay their loans instead of against them, some progress could be made in paying back the $1.3 trillion overall that student loan borrowers owe.