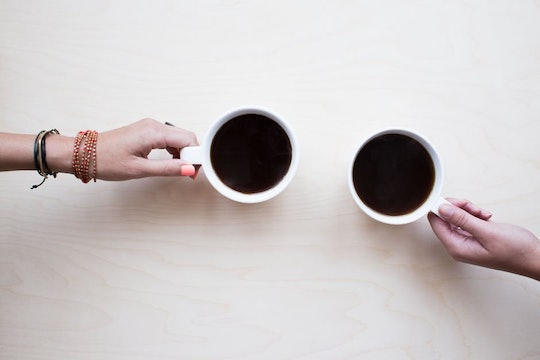 Why Global Warming Is Threatening Your Morning Coffee

Although there are still climate change deniers out there, most scientists agree that it is happening and that humans have an effect on how fast it progresses. Others need more tangible proof that temperatures and storm systems are changing ecosystems. And one of the effects might hit way too close to home for some people, since researchers believe that global warming could indeed threaten your morning coffee routine as well.

Yup, researchers from the University of Vermont studied Latin and South American regions that produce coffee for American consumption, such as Nicaragua, Honduras and Venezuela, and found that coffee crops could be depleted by as much as 88 percent by 2050.

Although that seems like a long way off, it's not: It's only about 30 years, which means that the toddler that causes you to need to four cups of coffee every morning (if only because you always let it get too cold by accident before you can get to it) won't be getting the same kind of coffee you drink, if at all. It will be a whole different world.

Taylor Ricketts, director of the University of Vermont’s (UVM) Gund Institute for Environment and study co-author said in a press release:

Coffee is one of the most valuable commodities on earth, and needs a suitable climate and pollinating bees to produce well. This is the first study to show how both will likely change under global warming — in ways that will hit coffee producers hard.

And that's really the main concern. Sure, coffee production means that it will get more expensive to export and drink, but it also means that the communities where coffee is produced will suffer. It will affect the real people who work on the farms, sell the beans, and feed their families somehow through the coffee industry.

These regions are already economically vulnerable, too. “Coffee provides the main income for millions of the rural poor, so yield declines would affect the livelihoods of those already vulnerable people," Ricketts added in the press release.

If there are enough bees in those areas to pollinate the crops, then some coffee regions could make it. Mexico, Guatemala, Colombia, and Costa Rica — really mountainous regions — are some of the regions that can support coffee growing and bee populations.

Still, the ever important economy of coffee will change, that's a given. Actually, so will wine production, too. A report in The New York Times this summer documented how rising temperatures are affecting the yields of grape crops.

So yes, that means your chianti and champagne might become more rare, but it also means the regions and people that depend on the economy around wine and farming will be affected. Michele Reverdito, a winemaker in Barolo told The New York Times:

Look at the wilting leaves and how small and shriveled the grapes are. ... Nebbiolo [a grape used to make red wine] means "the wine of the fog’"because you picked the grapes in November. Now we pick in September! The world is changing.

Politicians can bicker over the cause of climate change, but the people close to the land who can see the incremental changes firsthand, know it's happening.

Like with coffee, the wine industry might shift to other parts of the same regions. Which is fine, but when economies change without people planning for it — that's how people are put out of work, currencies fluctuate, governments shift. It's a domino effect.

Climate change isn't just about the polar bears and the ice caps (although it's also about those things), it's about how all the different ecosystems interact with each other — like the birds and the coffee plants — and will affect human communities.

Climate change is serious. And if knowing that your coffee or wine supply is going to run low is what it takes to start living more sustainably, well, it's at least a start to combatting this serious problem.