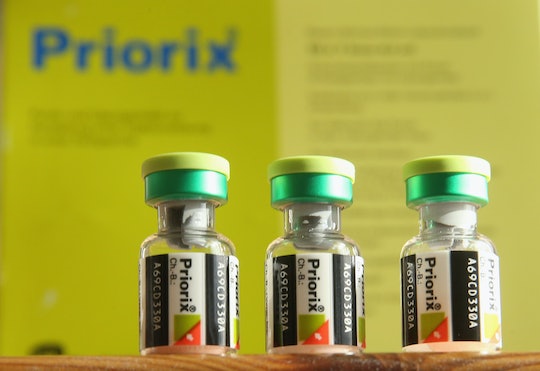 Another update from the United States Center for Disease Control and Prevention (CDC) released on Monday shows that the number of measles cases across the country is still on the rise. The latest numbers show a total of 626 individual cases across 22 states and outbreaks multiple states, including New York, New Jersey, California, Michigan, and Washington State. This marks the second-greatest number of cases reported in the country since its elimination in 2000, and experts are saying that numbers in the coming weeks may surpass the highest levels reported since. So, why is there a measles outbreak spreading across the nation?

The CDC’s update shows that the disease is spreading for a number of reasons. In 2018, three outbreaks in New York State, New York City, and New Jersey were mainly reported among unvaccinated travelers residing in Orthodox Jewish communities who contracted the disease after visiting Israel. There were an additional 82 reported cases of travelers bringing measles back to the United States from other countries.

The spread is amplified by the pockets of unvaccinated people living in the United States and by the anti-vaxx movement that is gaining momentum. A 2017 study published in the Journal of the American Medical Association (JAMA) indicates that the increase in measles cases in the U.S. is mostly caused by less people receiving vaccinations in recent years. In a research letter to JAMA, the CDC found that at least 70 percent of Americans who caught the measles between 2001 and 2015 were unvaccinated.

“We know that unvaccinated individuals are more likely to become infected with and spread vaccine-preventable diseases,” Alice Winneke, President and CEO of The Immunization Partnership (TIP) said in a post by the organization.

But this fact doesn’t deter the anti-vaxx movement. In 2018, a study published in Public Library of Science journal (PLoS) found that the number of anti-vaxx hotspots was on the rise across the country and that health vaccine opposition has grown in recent years. Subsequently, the study points out, measles outbreaks have also increased.

According to the same study, vaccine resistance increased in 12 out of the 18 states that allowed non-medical vaccine exemption, including the following states: Arkansas, Arizona, Idaho, Maine, Minnesota, North Dakota, Ohio, Oklahoma, Oregon, Pennsylvania, Texas, and Utah. The study also found pockets of vaccine resistance in big cities like Seattle and Spokane (note: the CDC reports there is now an outbreak in Washington State).

Recently lawmakers and health officials have warned parents against the spread of misinformation by anti-vaxxers, urging everyone to get themselves and their children vaccinated. New York has cracked down on its vaccination policy, mandating vaccinations as a part of its public health emergency and announcing up to a $1,000 fine for those who choose to remain unvaccinated.

Amid outbreaks in Washington, lawmakers passed a pro-vaccine bill just last week that would no longer accept some measles exemptions, including personal or philosophical exceptions. According to the bill, religious and medical exemptions are still allowed in the state.

Because of the highly contagious nature of the measles, which spreads through the air, it is important for parents to be conscious of the health risks posed by resisting vaccination and to get their children vaccinated before the outbreak worsens.