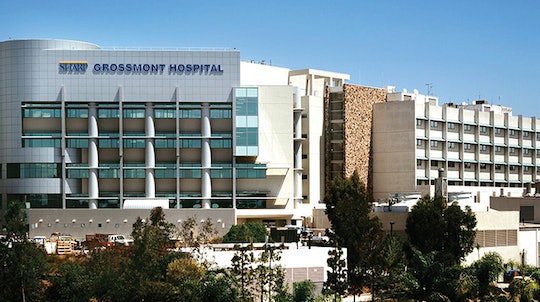 A recent lawsuit has brought a California women’s hospital under scrutiny for recording patients without their consent. According to CNN, more than 80 women are suing a hospital over hidden cameras in delivery rooms that were secretly filming births while women were "emotionally and physically exposed, and at their most vulnerable,” as alleged by the lawsuit.

Sharp Grossmont Hospital, located in La Mesa, California, began filming activity in three labor and delivery operating rooms beginning summer 2012, according to CNN. The footage was reportedly collected over a period of more than 11 months and was stored on desktop computers — some without password protection — the lawsuit claims.

The suit was filed on Friday in San Diego County Superior Court, three years after it was denied class action status in 2016, according to NBC News. It was refiled just last week by a lawyer representing over 80 women who claim they were filmed between July 2012 and June 2013, The New York Times reported. The lawsuit suggests that approximately 1,800 women may have been filmed while partially robed, getting undressed, or undergoing operations. According to the claim, women’s genital areas were exposed along with their faces.

“It's the most fundamental breach of privacy,” Allison Goddard, a lawyer representing the women, told CNN. Goddard told the news outlet she had obtained five videos from the hospital and has requested about 100 more. “It's horrifying to think that, especially in today's day and age of the ubiquity of videos on the internet, if one of those videos were to get in the wrong hands, there's no controlling it. It takes your own medical care outside your own control,” she told CNN.

Reporting by NBC San Diego during the initial 2016 coverage suggests that video footage was allegedly shown to other people, including attorneys and security guards.

Now, the plaintiffs are seeking unspecified damages for invasion of privacy, unlawful recording, infliction of emotional distress and violation of fiduciary duty, according to NBC News.

According to Sharp Healthcare, the hospital’s nonprofit parent company, the purpose of the three cameras was to identify the individual who was stealing drugs from anesthesia carts in operating rooms at the time. The physician, who is no longer working for Sharp Healthcare, was identified through the videos and reported to the California Medical Board in 2013, the hospital’s PR team told Romper.

The parent company says that the cameras, which were motion-activated, “inadvertently” recorded procedures in the background.

According to Patterson Law Group’s website, the team representing afflicted women in the lawsuit, Sharp Grossmont Hospital Women’s Health Center denies that it invaded its patients’ privacy or breached any duties.

Goddard told Romper in a statement: "Placing hidden cameras in an operating room and recording a woman’s surgery without her consent is a fundamental breach of her right to privacy. This case is about upholding the dignity of patients — something that was totally disregarded by Sharp. We look forward to holding Sharp accountable for its misconduct."

When reached for comment, Sharp Healthcare told Romper that the hospital continues “to take extensive measures to protect the privacy of [their] patients” and that the methods used between 2012 and 2013 have not since been repeated. “We sincerely regret that our efforts to ensure medication security may have caused any distress to those we serve,” the statement concluded.

While a court date is unclear, a jury trial is expected, according to The New York Times, and additional plaintiffs are likely to join the lawsuit going forward.

More Like This
6 Takeaways From The White House’s First-Ever Parents Press Conference
5-Year-Old Boy Died In Hot Car As His Family Prepared For Sister's Birthday Party
Can You Light Fireworks In Your Backyard?
Chris Evans Has Choice Words For Critics Of The Same-Sex Kiss In 'Lightyear'