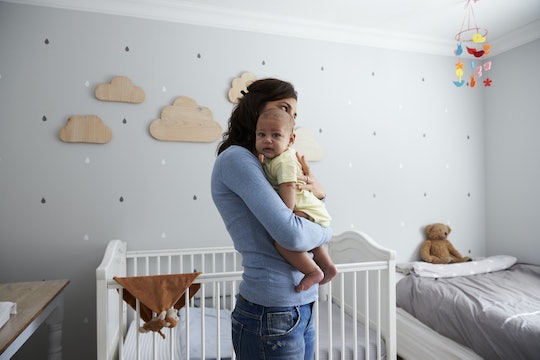 On Thursday, the Department of Health and Human Services made an Orwellian announcement that worried many human rights activists: HHS secretary Eric Hargan said the department would be opening a new "Conscience and Religious Freedom" office to protect health care providers who refuse to carry out certain procedures — such as, of course, abortions — on moral grounds. For an administration that's labelled itself a staunch defender of the middle class' economy, it's a bad move: after all, a recent study found that that women denied abortions are more likely to face poverty and other severe socioeconomic consequences — and that's an effect that can last years.

The study, carried out by a reproductive health research group at the University of California, studied the outcomes of 813 women who had gone for abortions near the gestational age limit of 30 weeks. The researchers followed up with the women who had and had not been successful in procuring an abortion, and the results speak volumes about the effect of denying women control over their own reproductive health.

The researchers also found that most women seeking abortions were already on financially shaky ground. In fact, not being able to afford a child (or another child) was the most common reason women gave for seeking an abortion in the first place. And as the researchers wrote in a brief after the study concluded: "Women are justified in being concerned about the financial consequences of carrying an unwanted pregnancy to term."

Though the majority of the women who started the study were not in the best place financially, whether they received a wanted abortion had a huge impact on their financial situation. "We see steady improvement over time for the women who receive an abortion," Diana Greene Foster, a professor at the University of California and one of study's authors, told Mother Jones. "The other women are set back from the point of birth."

That's hardly surprising, considering the cost of raising a child in the United States. A low-income family can expect to pay at least $9,800 per child a year, according to data from the U.S. Department of Agriculture, and the cost of maternity care in the United States can be prohibitively high — without insurance, a normal birth (with zero complications) can ring in at $20,000.

To make it more difficult for women to access abortions in one of the few developed countries without paid maternity leave, affordable childcare, or a lower rate of maternal deaths is a decision that will only push more women in the United States into poverty. Considering that services on which low-income mothers currently rely — such as the Children’s Health Insurance Program — are presently at risk, the HHS' latest move will only make it even more difficult for women in the United States to raise children in financially secure environments.

"Religious liberty doesn’t include a right to be exempt from laws protecting our health or barring discrimination," Louise Melling, the American Civil Liberties Union's deputy legal director, told Newsweek on Wednesday. "It doesn’t mean a right to refuse to transport a patient in need because she had an abortion."

There's little doubt that civil rights groups will be taking the Trump administration to court over this latest move — and hopefully, for the good of moms and the economy in the United States, doctors will have to continue providing care based on patients' medical needs, rather than unrelated religious beliefs.