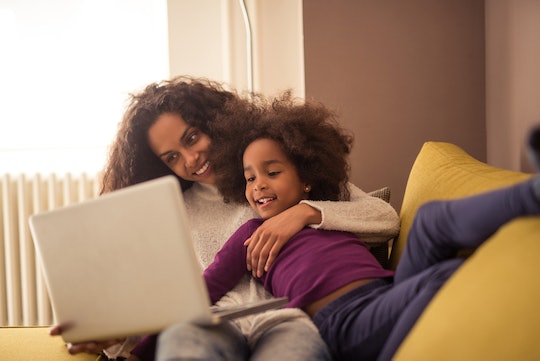 Mom groups, you're absolutely bonkers, but long may you reign. Photo credit: bbernard/Shutterstock

Work-Life Balance Is Worst For U.S. Moms, According To New Book

They say the hand that rocks the cradle is the hand that rules the world. Well, what about the hand that holds down a full-time job while simultaneously raising the perfect family? Moms are increasingly facing unrealistic expectations when faced with the balance between work and family life. In fact, the work-life balance is the worst for U.S. moms, according to a new book.

Moms want to do it all, even if it means sacrificing their own mental health, according to USA Today.

And Caitlyn Collins, a sociologist and the author of the book Making Motherhood Work: How Women Manage Careers and Caregiving, conducted a study that found that American mothers have the worst work-life balance of all modern westernized cultures because they simply don't have the support, as Psychology Today noted.

"I want American mothers to stop thinking that somehow their conflict is their own fault, and that if they tried a little harder, got a new schedule, woke up a little earlier every morning, using the right planner or the right app, that they could somehow figure out the key to managing their stress. That’s just not the case," Collins said, as per USA Today. "We live in a culture where we highly value individualism, and we don't think about the collective."

Mothers often want to be dedicated to their families and careers equally, but it's a no-win situation. Mothers might even change their career paths or opt into buying so-called time-saving products to help at home, but alas, none of these things will solve the work-family conflict, according to a description of Collins' book.

The study also took a look at mothers from Sweden, Germany, and Italy, according to Psychology Today.

While Swedish mothers fared the best, they still felt pressure to meet the ideals of motherhood. In East Berlin, where there are rules in place for employment equality, many women chose to opt out of a career and raise a family instead. And in Italy and West Germany, part-time jobs are more the norm, because it is believed that full-time work and successful mothering is incompatible.

On the other hand, mothers in the U.S. have little to no support in terms of policies that help them achieve a healthier middle ground. The nation is lacking in paid parental leave options, gender wage gaps, affordable child care, and more, according to Motherly.

The only thing that will help ease the stress of working mothers is for society at large to better understand the complexities surrounding gender equality, employment, and motherhood, according to the description of Collins' book published on her website.

What did all four regions have in common, however? Unrealistic expectations of mothers in general, according to USA Today.

"I want to tell mothers that this is not your fault," Collins said, as per USA Today. "It is powerful how much women have internalized the idea that if they just tried harder, it wouldn't be this way. And I say, ‘No, this is not on you. You deserve better.' And that is brand new information for a lot of women to really hear that."

All mothers want what's best for their families, whether it's staying home to raise children or heading out into the work force to contribute to the family's bottom line. Collins' work shows that there is no one way to do things, and that mothers need not feel guilty for their choices. Society is slowing catching up to the idea that women need support with child-rearing, now more than ever. And it's about time.