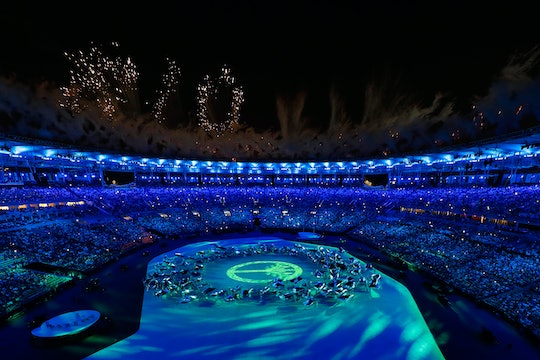 When the Olympic Committee announced Rio would host the 2016 Summer Olympics more than six ago, Zika was barely a topic of conversation. In fact, it wasn't, as — at that time — it had only affected a handful of individuls located along a very small stretch of Asia and Africa. However, in 2015 the Zika virus became an epidemic — an epidemic that began in Brazil and now poises the Olympics in the epicenter of this outbreak. However, is it appropriate to make Zika jokes during the Rio Opening Ceremony? Is that crossing a line? Because they are being made.

Regardless of the "moral implications," Twitter users (aka everyone's favorite online jokesters) are wasting no time.

Make no mistake, my newsfeed is full of jokes about the 2016 Summer Olympics. I have seen people jest about everything from the state of Rio to the absurdity of the opening ceremony to Bob Costas (because, c'mon, who doesn't giggle when they recall Costas' 2014 struggle with pink eye during the Sochi Olympics.) However, Zika appears to be the predominant subject, dominating most Olympics jokes online, on social media, and on my own feed. But are these jokes insensitive? Has the Twittersphere taken things a little too far? Maybe.

Here's the thing, Caroll Burnett once said “comedy is tragedy plus time" and, to an extent, I agree. In fact, on the occasions when I have been tried and tested the most (and brought to tears), nine times out of 10, I look back and smile. I look back and laugh, and it is these moments that bring me a strange sense of happiness. It is these moments which bring me joy. But the question here isn't whether or not Zika is funny, it is whether or not there is humor to be found in the face of tragedy. In the face of death. And that's where this gets muddy. Because there have been many real "Rio Zika victims."

Many children have died, or have been permanently disabled, as a result of this disease, and that is a problem.

That is why I am not laughing.

Make no mistake: I am not trying to be a contentious buzzkill or, well, a prude. I've laughed at many things that some would find disturbing, and that would probably leave a bad taste in your mouth. (I laughed at the "Trump Trump Hillary Zika" tweet above!) However, I find the very notion of Zika jokes offensive. I find Zika jokes are distasteful, and I think Zika jokes are as unappealing as dead baby jokes. Because babies have died. Children have died, and parents across the Southern and Central America — and now North America — fear for their children's or future children's health.