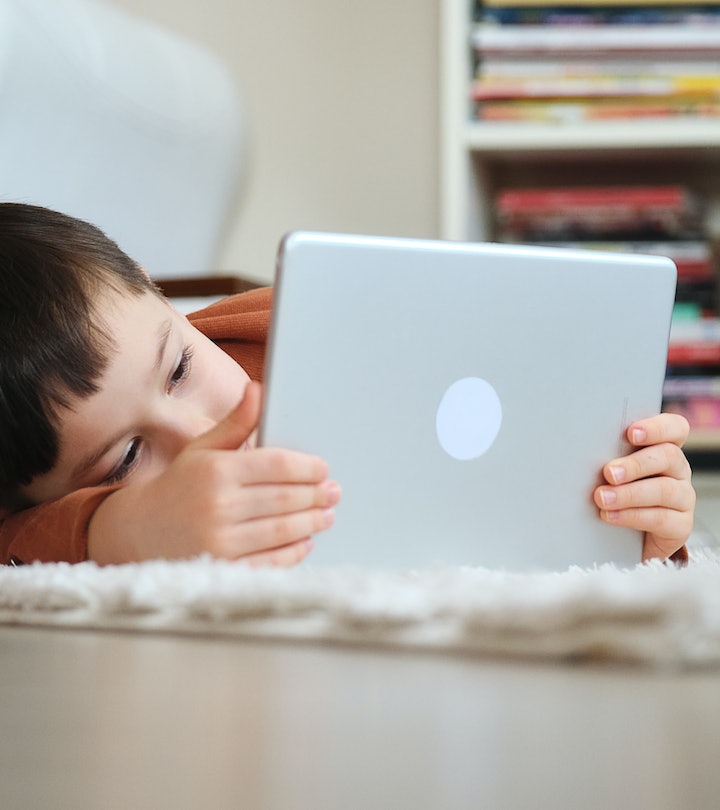 If You Find Yourself *Extra* Grumpy, Maybe Put Your Phone Down

It might be time to take a break from screens.

It goes without saying that the pandemic had kids and adults alike on screens more than ever. I definitely felt like my entire life was being spent behind a screen for the better part of a year and a half, and I also felt a little blah during that time. I mean, it could’ve also been the global pandemic, but is there any theory on too much screen time causing anxiety?

As it turns out, the pandemic wasn’t the only thing that made me extra snippy for a whole year. The phone glued to my hand also played a role. When you’re on a screen for work or school all day and then also scroll social media or play video games to unwind, experts say there can be some unintended consequences — and they can cause anxious feelings.

What Happens When You Get Too Much Screen Time?

“Excess screen time can cause people to feel abnormally disconnected from those around them,” neuropsychologist Dr. Sanam Hafeez tells Romper.

I know what you’re thinking: “How can I be disconnected if I’m being social? I’m on social media!” Hafeez tells Romper that it’s the person-to-person connection that you lose when you’re face down in your phone.

“It sounds ironic because most individuals use their electronic devices to feel more connected to other people, but it usually does the opposite,” she says. “When one’s head is stuck in their phone, they are losing time that they could be connecting with those around them, but instead are focused on a world that solely exists on social media platforms. A lack of human connection is shown to diminish the strength of relationships and increase anxiety levels.”

How FOMO Can Cause Anxious Feelings

Another aspect of too much screen time for kids and adults alike involves the comparison trap that often befalls social media users. “It is very easy for people to compare themselves to influencers on these apps, contributing to lower self-esteem and body image issues,” Hafeez explains. “We are constantly fed pictures of people at their best or edited photos that can mask life’s less-than-perfect moments. This puts us at risk for an unhealthy social comparison and can make people feel that they are not doing well in comparison.”

Especially during this time of re-entry into post-pandemic life, the anxious feelings that come with seeing splashy vacation photos plastered all over your friend’s social feed can be difficult to deal with.

“It is much easier for people to experience feelings such as ‘FOMO,’ which is the fear of missing out, when screen time is being abused,” Hafeez tells Romper. “People love to update their followers on what they are doing by posting pictures or stories of who they are with and what they are doing, allowing others to feel excluded.”

A doctor of osteopathic medicine, Allison Pressimone is the chief resident at Herman & Walter Samuelson Children's Hospital at Sinai Hospital of Baltimore. She tells Romper that the negative impacts of excess screen time could lead to anxiety in kids, even if indirectly, like difficulties with sleep, which can cause negative school effects and a feeling of just dreariness.

Pressimone explains that the association between excessive screen time for kids and the risk of anxiety and depression is “very complex” and that “more research is needed to define how screens directly affect mental health.” If your child’s screen time is having a negative impact, in addition to poor sleep, exercise habits, and school performance, they might also have strong reactions to screens being taken away.

“The age of a child will determine how excess screen time might look,” Pressimone says. “For infants and toddlers, they may only be able to be soothed from a tantrum by being given a screen; for adolescents, they may be angry when told to put away their mobile device.”

During the pandemic, many kids and parents utilized social media as a way to connect with other children when schools were closed. Pressimone tells Romper that “social media in moderation can have a positive impact on users by creating opportunities for enhanced social support and connection among peers, but parents and guardians should be mindful about who their children are connecting with.” She also notes that some of the drawbacks of social media use include the risk of cyberbullying and “an increase in other high-risk behaviors,” so parents should definitely keep a close eye on their kid’s screens.

How To Decrease Screen Time As A Family

While the pandemic certainly made in-person socialization harder than ever before, things are starting to turn around. With more and more people getting vaccinated daily, we can interact less through screens and more face-to-face. After so many months of staying home and staying safe though, new increased screen time habits could prove difficult to break — especially if you’re still working from home or your kids are in virtual school.

“It is important for children to have interpersonal interactions with other people, such as their parents, siblings, and/or friends. While it may be easier said than done, both adults and children can benefit from taking ‘screen breaks’ and having dedicated times away from phones, TVs, and computers,” Pressimone says.

Both Pressimone and Hafeez suggest putting devices away during meal times and not allowing phones to be used at bedtime to help families connect more face-to-face. “Another great way to limit screen time is to make it a privilege,” Hafeez tells Romper. “For example, after a certain amount of time spent in the living room with the whole family without screens, maybe everyone could take a 30-minute break to check their screens. This rule could help by creating an understanding that screen time is something that needs to be earned rather than something that is for constant use.”

Another important aspect of limiting screen time is to manage the anxious feelings that can come from too much time on your phone or laptop. “There are many other activities children and teens — and parents! — can do to help manage stress and anxiety, such as exercise, going for walks with family or friends, doing something creative such as a simple art project or craft project, reading, writing in a journal, or even learning some simple meditations,” Pressimone says.

“That being said, it is important for parents to remember that some screen time is OK, and you should be kind to yourself when the TV stays on longer than usual or if you let the kids watch an extra movie,” Pressimone adds. “Family movie night can be a great way for parents and children to connect!”

Bottom line: Be kind to yourself, but know when you (or your kids) need to take a break.

More Like This
Yes, Your Young Children Belong At Abortion Rallies
21 Rainy Day Summer Activities
Explaining My Terrible Tattoo To My Kids Reminds Me Of What I Owe My Mom
Social Media’s Effect On Kids’ Wellbeing Is A Public Health Emergency