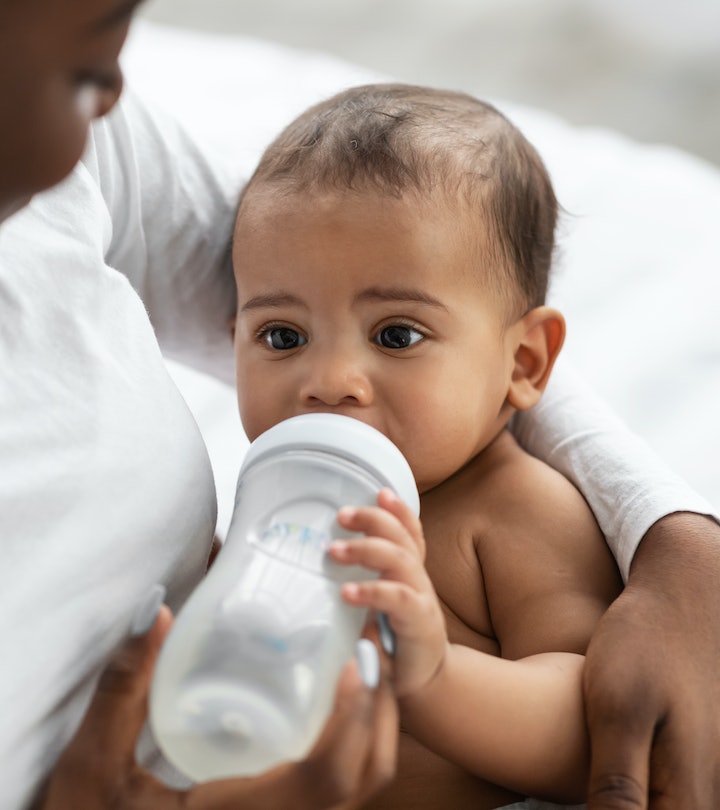 Does Pumped Breast Milk Have Antibodies? Experts Weigh In

Nursing isn’t the only way to boost baby’s immune system.

There are plenty of advantages to feeding babies breast milk, but for many parents, one of the biggest is the immune support babies can get from the antibodies in breast milk. Nursing isn’t the only way to get breast milk into a baby, though. Pumping and then giving your little one expressed milk is another super common way that babies get breast milk — particularly if the nursing parents has to work. If you’re pumping instead of nursing, or doing a combination of both, you may wonder if pumped breast milk has antibodies and the same benefits as breast milk taken directly from the breast.

Breast milk contains antibodies that allow mothers to pass on some protection from infectious illnesses — yes, including Covid-19 — she’s had in the past as well as anything she catches while breastfeeding. This kind of protection gives babies an advantage when it comes to preventing and fighting infections. “If a mother is ill with an infection, such as influenza,, her body makes anti-influenza antibodies which pass into her milk to protect her baby from getting the flu,” explains Dr. Jessica Madden, International Board-Certified Lactation Consultant (IBCLC) and pediatrician. “Babies who are breast fed also have a lower risk of ear infections and infections of the respiratory tract and digestive system during infancy and early childhood - this is in large part due to the antibodies they receive in breast milk.”

So, will your babies get those important protective antibodies with pumped milk or do the immune benefits of breast milk only come from nursing directly from the breast?

The immune system & breastfeeding: Does pumped milk have antibodies?

Parents who are pumping and bottle feeding need not worry: The amount of antibodies in pumped milk doesn’t seem to be any different than number of antibodies found in breast milk taken directly from the breast. “Fresh breast milk has a multitude of immunoactive components, antibodies included,” says Dr. Jenelle Ferry, neonatologist and director of feeding, nutrition and infant development at Pediatrix Neonatology of Florida.

“There are multiple types of antibodies and the largest concentration of antibodies in human milk is a type known as immunoglobulin A (IgA), which is also the most abundant type of antibody in the human body,” Ferry continues. “Levels of this antibody in breast milk are even higher than in mom’s blood.” While there are benefits to direct nursing, antibodies aren’t compromised with pumped milk, she notes.

How to warm up pumped breast milk

That said, you do need to be careful about heating up your breastmilk. “Antibodies can be ‘killed off’ if breast milk is heated to high temperatures and/or is heated very quickly,” Madden warns. Both Madden and Ferry recommend against microwaving breast milk, not only because it increases the chances of killing off antibodies, but also because it can create dangerous hot spots in the milk.

“The safest way to heat up milk is to put a bottle of milk in a cup or bowl of hot water, so that it gradually heats up and the heat is distributed evenly throughout the bottle,” Madden says. And, in terms of antibodies in pumped milk, using the freshest milk possible is always best, Ferry adds.

Even if you are heating up frozen breast milk, though, Madden says that the immune benefits of receiving that milk is much greater than no breast milk at all. “Pumped milk contains many other components that help fight infections, including white blood cells, lactoferrin, and interleukins — some of these are still present in high levels in pumped milk that has been stored in a fridge or freezer prior to consumption.”

At the end of the day, freshly pumped breast milk has just as many antibodies as breast milk that is being nursed directly into a baby’s mouth, which is great news for parents who find that pumping works better for them. Even though frozen breast milk does lose some of the antibodies, it’s still a great option. So whether you’re nursing or pumping, rest assured your baby is getting those wonderful immune benefits.

More Like This
There’s A Reason Your Baby Always Falls Asleep While Breastfeeding
Can You Breastfeed After A Breast Lift? Experts Explain
If Breastfeeding Makes You Tired, Here’s How To Keep Your Energy Up
Parent's Guide To A Baby's Dry Cough: Why They Happen & How To Treat