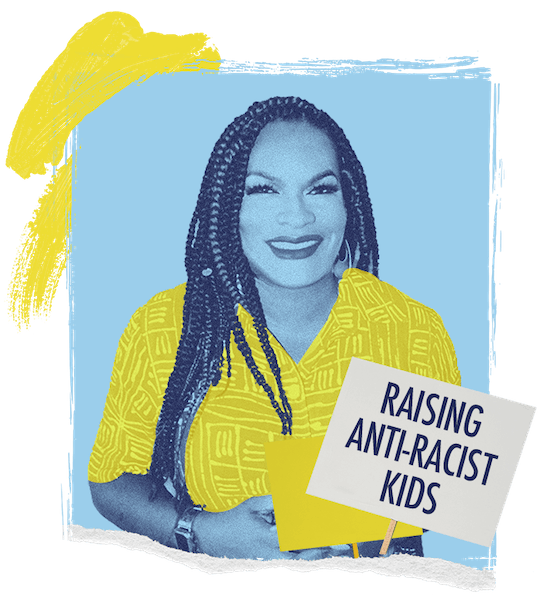 “This is basic, fundamental, good parenting.”

June marks Pride Month and, for so many, this is a time of celebration and joy. It’s a reminder of the liberation that centers the fight for equality. But it also stands as a reminder of how much work still needs to be done in order for LGBTQIA+ people to be treated with dignity, love, and respect — and of course, parents have a huge role in creating this reality, particularly as it pertains to Black trans people. “If we want to make sure that our kids have an expansive view of our community, and if they need, as we believe, to have an expansive understanding of the diversity within the Black community, then we need to include Black trans people in our kids’ understanding,” says activist Imara Jones. “If not, we're raising them to be unequipped to deal with the diversity of the Black community. This is basic, fundamental, good parenting.”

If you’ve been paying attention at all, you’ll know that 2022 is shaping up to be a record breaking year for anti-trans legislation targeting transgender youth. This rhetoric is echoed in schools, endangering the lives of trans kids. Meanwhile, we’ve seen an alarming rise in murders of trans people, particularly Black trans women over the last few years, and Black trans and gender non-conforming people face some of the highest levels of discrimination of all trans people.

“We have to address the culture of violence and ignorance, including cultural violence and social violence,” says Jones, a journalist, intersectional-news producer, and creator of TransLash Media, a cross-platform project that produces content to shift the current culture of hostility towards transgender people in the U.S.

There are so many things that we can do to both support Black trans children, and to support our children overall in being understanding and knowledgeable about issues of gender identity, and ready for the world

At the core of this kind of parenting, she says, is how we ourselves talk about and treat Black trans people, whether in person or in theory. It’s crucial, Jones says, that we model never “othering” trans people to our kids.

One of the most important parts of raising a kid with an expansive and inclusive worldview, Jones says, is having gender-diverse people in your life

“Make sure that your children have engagement with people who are trans, or non-binary, or gender nonconforming,” she says. “Raise your kids in an environment where, again, these things are not othered. They're pretty normal, and they get to see people as people!”

Even if you don't have any close friends or relatives who are trans or gender-fluid, you can still make sure your child's world includes these identities. “There are so many things that we can do to both support Black trans children, and to support our children overall in being understanding and knowledgeable about issues of gender identity, and ready for the world,” says Jones. Here, her tips for expanding your child's awareness in order to foster understanding and inclusivity:

Have images of — and books featuring — Black trans people in your household.

“We can make transness for kids very routine by making sure that we have images of Black trans people around,” Jones says. “Just like we would expose kids to the full range of Black people and Black heroes, there's no reason why kids shouldn't see images of Laverne Cox or Janet Mock.”

“When you're having a Black history month conversation with your kid, make sure you include Marsha P. Johnson, for example, or Ms. Major, or so many other important people in Black trans history,” says Jones. Having images and books featuring Black trans folks just “in the background of your child’s education” is essential for the process of normalizing Black trans identity.

Take your children to events where they may meet trans people.

“If there is a reading at an age-appropriate level, for instance, of a trans person or a trans youth and their story at your local library, take your kid to that reading,” says Jones.

Jones also points out that almost every gay pride celebration has children's and family events. “There will be families interacting, children interacting, in a way that's incredibly normal and easy for everyone to understand,” she says.

Make use of social media.

“Go to TikTok or Instagram and say, ‘I found this really interesting video of parents and children having a conversation about gender identity,’ or ‘this trans kid talking about their experience with gender identity,’” Jones recommends. Meet your kids where they are, she says: “Expose your kids at various levels in ways that are extremely relevant for them.”

Ensure that you have these conversations not only with your children, but with the people who influence your children.

“We sometimes underestimate the ability of our voices to change things,” says Jones. “I have a friend who is a Black mom of three children, and she saw a post that I had put up saying that if you are a Black person and you're not talking to your children and the people in your life about anti-trans violence against Black trans women, then you're failing. She then sent me a note and said, ‘What is it that I can do?’ I said, ‘Well, you're a parent. You have tweens and teenagers that are a part of your household. I think that it would be really important for you to gather them together and to have this conversation.’”

Jones says that this mom met with her oldest kid’s high school football team, and had a simple conversation with them. “She said that it was her expectation that they were going to all treat trans people with respect,” Jones says. “That if any of them ended up being attracted to or dating trans girls, that that would not be an issue. That it was her expectation that if any of them did end up dating trans girls, that no one else on the team would either make fun of them or belittle them or undermine their choice. That she just expected them to behave like human beings to Black trans people.”

That, Jones believes, is “an incredibly powerful example of parental leadership.”

“That type of cultural conversation is essential to providing a world where trans people have a place and are not victimized by other Black people, or by the society as a whole,” she says.

Be vigilant about your child’s school environment.

“Make sure that the schools in which your kids are being raised are also environments where these issues are not banned in terms of conversation; are not being eliminated by parents or school boards that want to limit what our kids are exposed to,” says Jones. “We know that's happening all across the country, and we want to make sure that doesn't happen in your local school.”

Click here for tips on how to advocate for what you believe in at in your school district.

“You can also encourage your kids to volunteer or to get involved with organizations either at their school or elsewhere that focus on issues of gender and gender identity,” adds Jones. “I think that it's really important.”

I often end my column with one simple action you can take today; this time, Jones shares two great actions you can take right now: