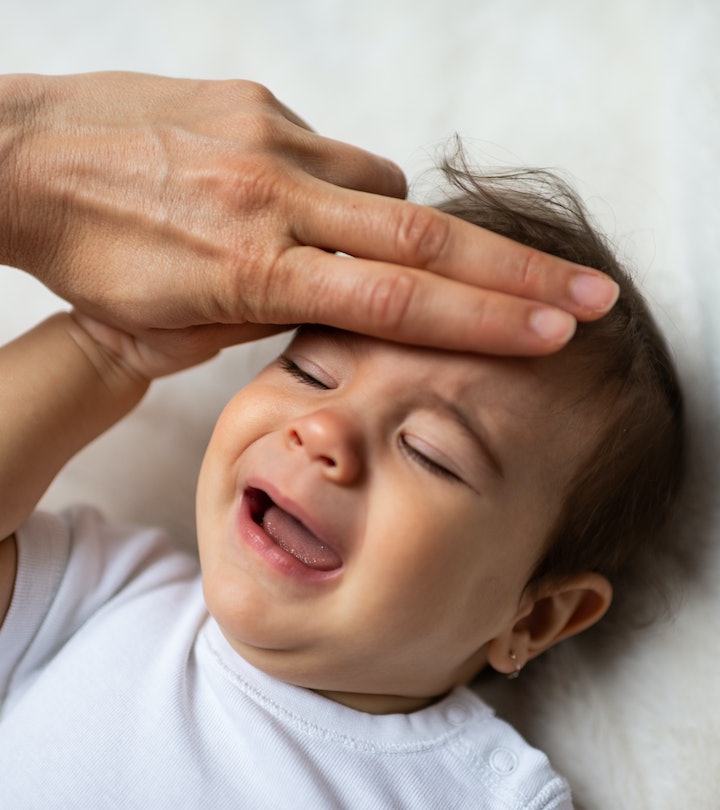 A Guide To RSV In Babies

The common respiratory virus is the top reason for hospitalization in children under 1.

New parenthood comes with lots of worries, especially when it comes to the health of their children. One respiratory virus, in particular, respiratory syncytial virus (RSV), presents a common risk and worry to young babies. In fact, the U.S. Centers for Disease Control and Prevention (CDC) suggests that virtually all kids under 2 years old get infected with RSV at one point or another. Most cases are mild, cold- or flu-like ones; some, though, are serious.

What’s unusual this year, and has hospital staff alarmed about the typically mild virus, is the volume of severe RSV cases (bad enough to affect oxygen levels and get you admitted to the hospital) and the speed in which it’s spreading. Federal data collected on October 25 reveals that 78% of all pediatric ICU beds in the U.S. are filled. In 9 states, including Rhode Island and Texas, over 90% of them are occupied. And in Washington, D.C. last week, multiple children’s hospitals were at capacity, according to The Washington Post, one even had an 18-person waiting list to get into an ICU room.

Remember, it is the season of respiratory illness. Your child, of any age, will very possibly get sick. RSV, though, might be uncharted territory for you, and especially intimidating in present day since an RSV vaccine is not yet available. Caregivers’ questions about RSV in babies often sound the same: How long does it last? What does it look like? Should I take my baby to the hospital? How can I treat — or better yet — prevent the illness?

Consider this your guide to those questions and more.

How long does RSV last in babies?

You’re likely looking at a week or two of illness. RSV is the type of virus that can “hang out” for more than a few days, explains Dr. Joanna Parga-Belinkie, M.D., an attending neonatologist in the Division of Neonatology at Children's Hospital of Philadelphia.

Babies tend to reach the height of their illness between five and seven days, Parga-Belinkie says. “We expect babies might get worse in the first week and then start to get better in the second week.”

Fortunately, even for those who require hospitalization for RSV, most improve with supportive care in a few days’ time.

The thing with RSV is that it can look a lot like other viruses in young babies. Fortunately, “most seasoned pediatricians are familiar with the signs and symptoms of RSV, especially pre-pandemic, when it came in reliable ways and predictable time periods,” says Dr. Mary T. Caserta, M.D., a pediatric infectious disease specialist at The University of Rochester Medical Center.

To that extent, there are many signs of RSV in babies to keep an eye out for. Some are on the mild side of things, and some are signs that RSV is becoming more serious — and could warrant hospitalization.

Infants with RSV almost always show mild symptoms which can include:

Additional symptoms of RSV in babies under 6 months old:

“We warn families to look out for respiratory distress,” says Dr. Shaila Siraj, M.D., a pediatric hospitalist at Johns Hopkins All Children’s Hospital. These include things like fast breathing, noisy breathing (which might sound like grunting), or “retractions” — tugging of the muscles under the ribcage and at the neck during breathing.

It’s important to pay attention if you notice your child is having issues breathing. “RSV is the number one reason babies get admitted to the hospital in their first year of life,” says Caserta.

RSV can cause both bronchiolitis (inflammation of the small airways in the lung) and pneumonia (infection of the lungs).

“Just from an age standpoint, young babies are at a higher risk of developing some of the more severe symptoms because their airways are so small,” says Siraj. “Obviously, the smaller the baby, the smaller the airways and the easier they can get stuffed up with mucus and all that inflammation.”

How to treat RSV in babies

Most of the time, RSV infections clear in a week or two. And while there’s no one set treatment for RSV (vaccines are currently being developed and tested), often, “supportive care” at home is what’s most helpful.

This looks like ensuring your child stays hydrated (with breastmilk, formula, or water if they’re over 6 months old); using OTC fever reducers such as infant Tylenol (over age 3 months as recommended by your pediatrician); or using nose bulbs to clear mucus.

Sometimes, though, RSV in infants requires hospitalization — particularly if a baby is having trouble breathing or is dehydrated. In these cases, a baby may need oxygen, intubation, or mechanical ventilation.

How to prevent RSV in babies

First, RSV is very easily spread. “Groups of people and older children who go to school often bring RSV home into the family,” says Caserta. “Unfortunately, like other respiratory viruses, just being around other people is a risk.”

So, all the lessons we learned from COVID were always there with RSV, but they’re particularly relevant to RSV since RSV is “much more of a pathogen for the young baby,” Caserta says.

With newborns, it’s a good idea to stay close to home as best you can to avoid unnecessary interaction with people who could spread RSV and mask around babies if you’re not feeling well. Good hand-washing for kids and adults for at least 20 seconds and cleaning and disinfecting surfaces are always top staples in keeping viruses at bay.

If you’re able, breastfeeding “can offer some immunity and protection to the baby,” says Parga-Belinkie.

For a newborn, it’s also advised that everyone who is going to be spending a lot of time around the baby is vaccinated against what they can be — the flu, COVID-19, and whooping cough, for example — as this lowers the likelihood that a baby gets any kind of infection, says Parga-Belinkie.

For children under the age of 2, an antibody called Synagis is an option for at-risk babies (premature babies born before 29 weeks, are profoundly immunocompromised, and/or have congenital heart disease, chronic lung disease, or a neuromuscular disorder).

Remember, it’s highly likely your child will get infected with RSV in the first 2 years of life — while you can take preventative measures, you can’t prevent infection. But usually, babies will bounce back within a few days, they just might need a little extra support to feel like themselves again.

Joanna Parga-Belinkie, M.D., an attending neonatologist in the Division of Neonatology at Children's Hospital of Philadelphia.

More Like This
Baby Growth Spurts: When They Happen & What To Expect
When To Stop Swaddling Your Baby: 8 Signs It’s Time To Transition
40 Lovely, Lively, Lavish Girls Names That Begin With “L”
45 Sagittarius Girl Names For Your Happy-Go-Lucky Baby

This article was originally published on Oct. 11, 2022