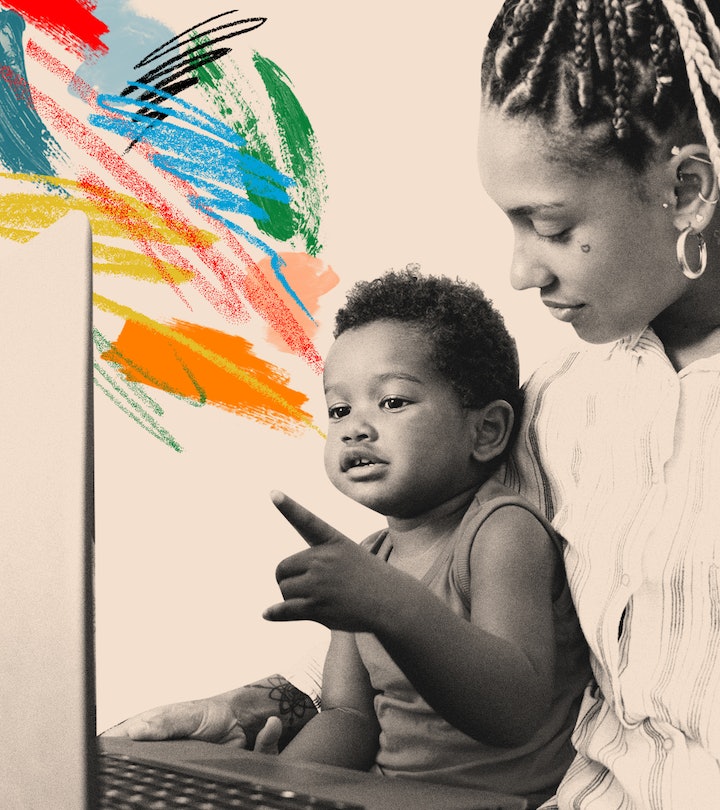 We Need To Talk About Black Kids And Speech Therapy

When I enrolled my son in speech and language therapy, I learned that children of color are underserved and only 4.5% of speech therapists are Black.

Let’s face it: 2020 was one of the worst years many of us have lived through. Aside from the big societal issues, a lot of us experienced issues in our own homes, too. My own biggest struggle was the realization that, in order to thrive to his fullest ability, my son needed to be enrolled in speech and language therapy.

Realizing that your child is not as “perfect” as you see them to be is a humbling process. In a sense, I went through the five stages of grief: denial (thinking that his issues with speech would go away on their own); anger (believing that, in some way, this was my fault, and I had failed him as a parent); bargaining (praying that the problem would go away by just having more conversations throughout the day); and depression (a deep worry that people would view my son differently or, worse, think that he was “less than”).

Until, finally, I came to acceptance. No matter how deeply I had hoped for my child to be perfect, no one is. And that’s okay. I also took comfort in the fact that help was available to him. We were able to find a speech and language facility fairly quickly. I had reservations, given that we were still in the middle of the pandemic, but I knew that providing him with assistance as early as possible was imperative to his growth.

Twice a week, every Monday and Wednesday, I packed up my son and my laptop and we headed to the office. His sessions interfered with my work schedule, but I’d do anything to get him whatever he needs. While he was working with his therapist, I worked in the lobby.

As his speech progressed, so did my interest in the full realm of speech and language therapy. Through research, I learned that children of color are significantly less likely to receive aid with specific language impairment than their white counterparts. Speech and language impairment, disorders that affect children who do not experience intellectual disabilities or hearing loss, is the highest-ranking disability in children 5 or younger, and the second highest in children and young adults ages 6 through 21.

It’s not hard to imagine how many children who speak AAE might be diagnosed with a speech disorder, when a better method would be teaching them how to code switch.

It was concerning to me how I had heard very little about the topic. This is also one of the main reasons that children do not receive speech therapy: plenty of parents lack knowledge about available resources or don’t even realize that their kid is in need.

Currently, approximately 80% of speech and language pathologists are white. Only about 4.5% are Black. Luckily, one of my son’s speech therapists was Black. As a Black mother, it was important to me that he worked with someone he could relate to and see himself in. Representation has always been important in our household; a lot of books and media we consume include diverse characters. I’d noticed that this helped him engage with the material and considered the same in searching for help.

Cultural differences between the therapist and client could potentially have a considerable impact on whether the client receives the correct type of help, or even in determining if they have a speech or language condition at all. Some SLPs (speech and language pathologists) describe the dialect known as AAE, or African American English, as having characteristics similar to a communication disorder.

It’s not hard to imagine how Black children who speak AAE might be diagnosed with a speech disorder, when a better method would be teaching them how to code-switch — to alternate between the dialect spoken in their home and the dialect spoken more commonly in society and the classroom. This is not to say that a child who speaks AAE can’t experience issues with speech; it can be an accompanying issue, but every child is unique.

As my son starts kindergarten with newly-found confidence in himself — and a backpack filled with words and phrases I had never heard him use up until this point — I not only credit the women who took the time to guide his learning process, but also myself.

Dr. Julie Washington recently completed a four-year study of approximately 1,000 low-income, elementary-aged students in the South. Washington, a professor in the School of Education at the University of California Irvine, found that the lowest reading scores belonged almost entirely to children with the heaviest dialects. Washington likened the experience of these children to those of native Spanish speakers in an English-speaking classroom.

This comparison makes it all the easier to see how students who do not get early intervention and assistance can slip through the cracks. Problems with language and speech are not only difficult to deal with at a young age, but studies have shown that children who are diagnosed with a speech delay are more likely to perform poorly in school, have behavioral issues, and experience low self-esteem. In the long run, these are just a few contributing factors that may lead to the domino effect of an inferior education, less-effective communication skills, and difficulty finding adequate employment.

Toggle Talk, a program created by Professor Holly Craig, aims to instruct young students on how to code switch effectively inside and outside of the classroom. With picture books, video and audio, read-alouds, lesson plans, and picture sorting, the user learns to recognize similarities and differences between Mainstream American English and AAE. The program refers to phrases as “formal” and “informal,” as opposed to right or wrong. One language is not more acceptable than the other, but students can learn which phrase to use in different contexts.

Students have traditionally been expected to assimilate to the language of the classroom, causing some to fall behind. As many of us judge others on how they speak, children who did not adhere to these standards were often corrected publicly in class, leaving them with negative feelings towards speaking up in general. Students may feel that if they are constantly being told the way they speak is improper, there is no reason to participate in class at all.

Early exposure to working with professionals who have training in cultural awareness and understand racial disparities would ensure that Black children are afforded the opportunity to advance at the rate of other students.

It truly does take a village, but we must first have the courage to know when to ask for help.

As my son starts kindergarten with a newly found confidence in himself, and a backpack filled with words and phrases I had never heard him use up until this point, I not only credit the women who took the time and patience to guide his learning process but also myself.

Looking back, I know I made the right decision in taking the steps to get help for my child. Yes, even on the mornings when he wakes up loaded with a thousand questions and spews them out at 100 miles a minute.

While my son has grown and developed tremendously over the last year, he also unknowingly taught me that I don’t know everything, and that has made me grow as a mother. I learned to not be ashamed or embarrassed for not possessing all the tools myself. It truly does take a village, but we must first have the courage to know when to ask for help.