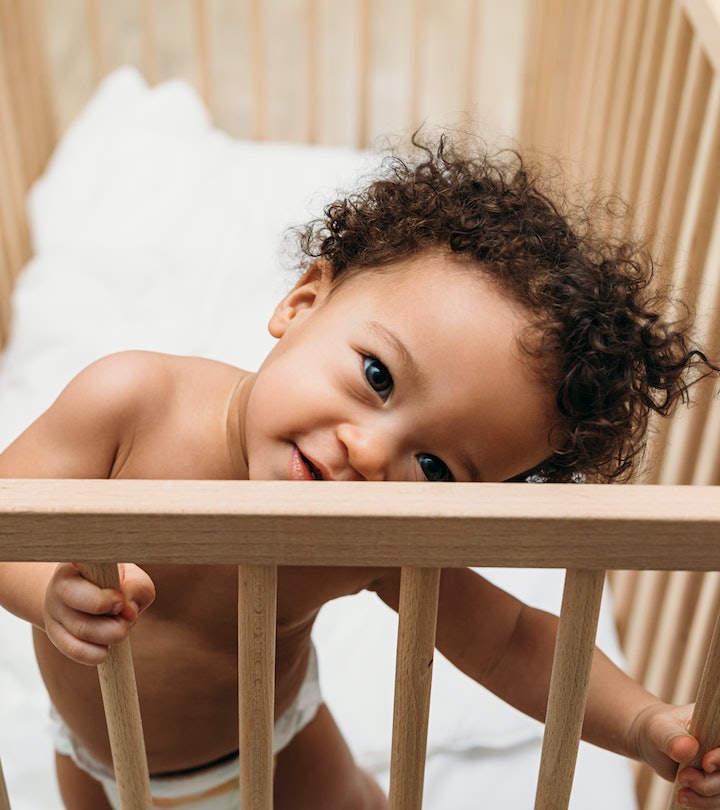 Toddlers are cute, wild little Houdinis, aren't they? Just when you start to enjoy their newfound independence and minor self-reliance, they take it to another (totally annoying) level. A common crib-party trick with the under-3 set? Taking their diapers off, as soon as they realize they can. Those little velcro tabs are just so tempting — they make a great sound, and they If that's the conundrum you're facing at the moment, here's what to do if your toddler keeps taking off their diaper at night.

So, like many parenting questions, if your toddler keeps taking off their diaper at night, you have to put on your detective cap and start with the root cause so that you can begin to address the behavior itself. There are a few reasons your kid might be taking off their diaper at night, and subsequently a few ways to stop your kid taking it off as well.

“This is a common issue that often encourages families to begin toilet training skills,” says Dr. Natasha Burgert, a pediatrician and national spokesperson for the American Academy of Pediatrics. Basically, your toddler might be getting old enough to realize when they are wet, and are therefore taking off their diaper because they are uncomfortable.

How to help your toddler keep their diaper on at night

Depending on their age — and your own bandwidth at the moment — potty training may not be an instant fix for the issue. So if your toddler is taking their diaper off every night, you may know that potty training is on the horizon. But in the meantime? “Until independent toileting skills are mastered, or the problem resolves on its own, parents can limit access to the diaper or add additional fastening to make the diaper more difficult to remove,” suggests Burgert.

There are many ways to do this, starting with new jammies or even jammies worn backwards to make it harder for your toddler to get to their diaper. You could also try putting another diaper over your child's bedtime diaper in order to give them something to fiddle with as they fall asleep or even put the diaper on backwards to keep them from figuring it out as quickly.

Outsmarting a toddler is surprisingly difficult, so the main thing to remember is to stay calm and remind yourself that you can win this battle of wills. And when you’re ready, your kid just might be ready to drop diapers entirely — and that’s something to celebrate.

Dr. Natasha Burgert, a pediatrician and national spokesperson for the American Academy of Pediatrics

More Like This
Even If Your Baby Sleeps Better in Your Bed, It’s Still Not Recommended
Julia Fox’s Apartment Tour Is Peak Mom Realness
Covid Vaccine “Deserts” For Kids Under 5 Make It Almost Impossible For Parents To Find Shots
When Does A Baby Recognize Their Father? A Pediatrician Explains
What Parents Are Talking About — Delivered Straight To Your Inbox

This article was originally published on June 19, 2017