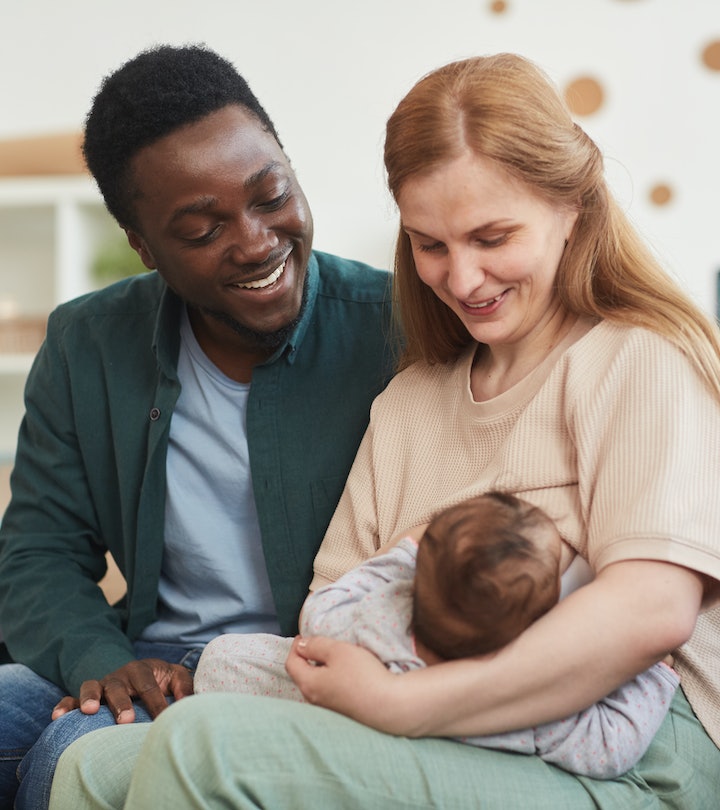 As they get older, they’ll become more efficient nursers.

If you’re new to the breastfeeding world, you may be starting to realize just how much work it is being a tiny human’s sole source of comfort and nourishment So. Many. Times. A. Day. (And night.) While it’s a lovely bonding experience, it’s normal to begin to feel like you’re just a machine providing for a tiny human. If you’re feeling touched out at this point (or completely exhausted), you’re probably ready for breastfeeding to become a little less frequent. You don’t want to stop necessarily, but it sure would be nice to not sleep in two-hour increments at night and never be able to get anything done during the day without a baby attached to your breasts.

When Does Breastfeeding Get Less Frequent?

According to Leigh Anne O’Connor, an IBCLC and La Leche League Leader, it depends on your baby, but generally, a “noticable difference in frequency” begins around 4 to 6 months of age. Jada Shapiro, lactation counselor and founder of boober, tells Romper that the frequency of breastfeeding is rooted in the size of the baby’s stomach, the lactating parent’s milk storage capacity, and the baby’s mouth structure.

“As babies get bigger, their mouths and stomach size grow and they become more efficient at feeding and can hold more food, resulting in shorter and more spaced-out feeding. Frequent feeding is the norm in the first 6 to 8 weeks and tends to shorten and space out for most people between 6 to 12 weeks,” she says.

In addition to the frequency changing a bit, there are other changes with nursing that occur as your baby gets older. “Each nursing session often becomes shorter as the baby gets older. As babies get older and more interested in their world, they may also get more distracted and come on and off the breast to look around,” says Shapiro. She adds that breast milk changes in its composition as well as your baby ages and gets less milk. “The volume declines, but the immunological components concentrate,” she says.

O’Connor adds, “There can be periods of cluster feeding during developmental leaps. Nursing is very comforting to babies and toddlers. They feel safe and secure when nursing.”

How Breastfeeding Frequency Changes By Age

So what are you in for if you continue to breastfeed? Well to start, O’Connor says that newborns through around 6 months old tend to have eight to 12 feeds in a 24-hour period. Shapiro adds that while a newborn can eat eight to 12 times a day in 24 hours, the first three days of a baby's life can be as many as 15 times a day. “At around 2 to 3 months, babies will nurse on average seven to nine times per day, and from 4 to 6 months, many babies will nurse on average five to seven times per day.”

From 6 months to a year old, babies have six to eight feeds in 24 hours, O’Connor says. “At around 6 months, babies typically begin to consume solid foods,” adds Shapiro. “This is going to cause a slow decrease in nursing sessions as the baby begins to replace breast milk with a solid food — although breast milk or formula will still be their main source of nutrition.”

A 6-month-old baby will usually nurse or bottle feed around five to seven times a day or every three to four hours. As they get older, they may nurse or take a bottle around 4 to 6 times a day as they increase their solid intake.

As solid food becomes your baby’s main source of nutrition at a year old, babies who nurse from 1 year old and beyond typically eat six times per day of solid food, which includes about 3/4 of a cup to 1 cup of food about four times a day with one or two snacks, says Shapiro. O’Connor says that these children may also nurse four to eight times in a 24-hour period.

More Like This
Here’s How A NICU Stay Can Affect Breastfeeding
Is It Safe to Take Ibuprofen While Breastfeeding?
6 Ways To Fix A Shallow Latch So Your Baby Can Nurse Properly
Breastfeeding Twins: Everything You Need To Know