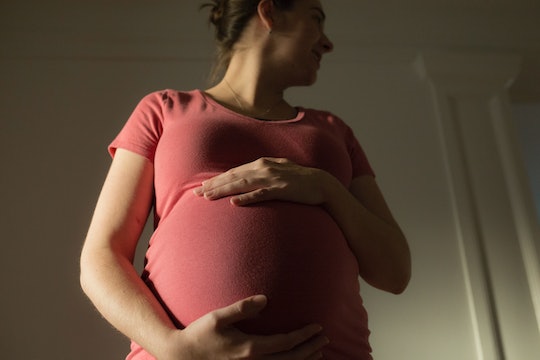 Here's How To Tell If You're Dilating For Real, According To Experts

Because it can be confusing to figure out.

Dilation is a regular part of the labor and delivery process, but it isn’t like you get text updates when it starts. So how do you tell if it's happening? OB/GYNS want you to know the ways to tell you’re dilating and gearing up for labor. Monitoring such subtle changes in the body can be tricky, but these doctors are here to help out.

What is dilation, exactly?

During pregnancy, the cervix — which is basically the mouth of the uterus — remains closed, Dr. Mary Jacobson (Dr. J), OB/GYN and Chief Medical Officer at Alpha, tells Romper. “When someone begins dilating in labor, the cervix... becomes fully open to 10 centimeters (around 4 inches) to allow the baby to pass through the birth canal,” says Dr. J. Keeping track of your dilation is often one way to estimate how far you are in labor. “Labor usually progresses along a specific timeline, with the first part of dilation going fairly slowly, which speeds up once you're further dilated,” Dr. Nicole Williams, the head of the Gynecology Institute of Chicago, tells Romper.

Can you feel dilation happening in your body?

So will you feel it when you start to dilate, or is the change actually pretty subtle? Like most things in pregnancy, it depends on the person. For instance, 15 moms described what it felt like to be 7 centimeters dilated for Romper, and each one had a very different experience. Some of the moms described that level of dilation as painful, whereas others said it was fine. It really varies. Because you won’t necessarily feel the process of dilation itself, here are some other signs you’re dilating as shared by OB/GYNs.

More Like This
Barre Could Be The Low-Impact Prenatal Workout You Need
This Is What Experts Say About Eating Hot Dogs During Pregnancy
Can Swimming Induce Labor? Experts Weigh In
Can Babies Hear Fireworks In The Womb? Here's What Experts Say

This article was originally published on April 9, 2018