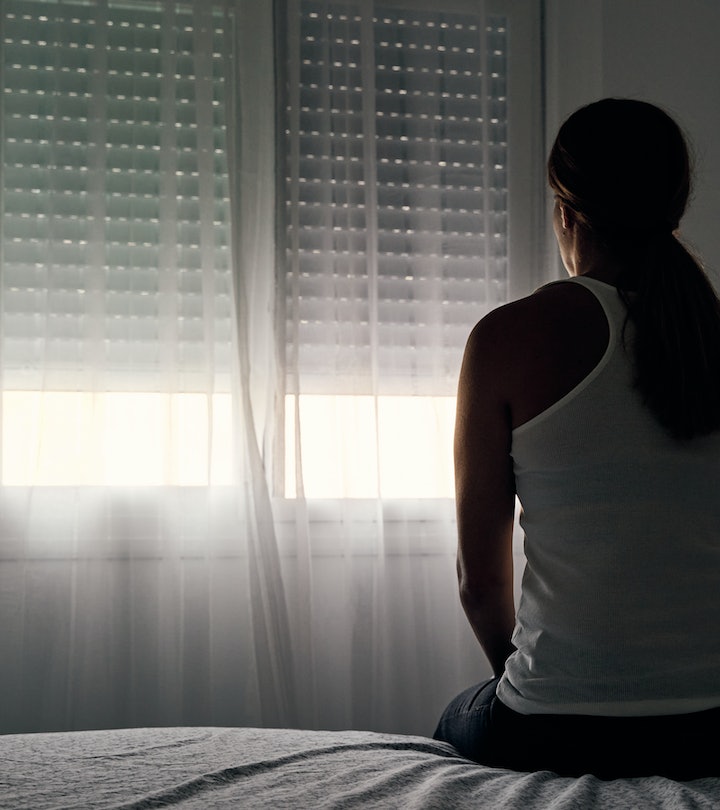 What Is A Missed Miscarriage? Experts Explain

It can be a lonely experience, but it’s a very common one.

If you’re currently in your first trimester of pregnancy, the possibility of having a miscarriage might weigh heavily on your mind. When miscarriages are shown on TV, it’s almost always with a character having unexpected bleeding. But what about the miscarriages that initially go unnoticed with no symptoms or signs? And what is a ‘missed miscarriage’?

Miscarriages during the first trimester are common: an estimated one in four pregnancies end in miscarriage, and especially if you’ve lived through it before, it can hard not to worry about the possibility of miscarrying. But, just as bleeding during pregnancy is not necessarily a sign that you’re miscarrying — and, in fact, bleeding during pregnancy is common after sex — miscarriages don’t always include bleeding. That fact alone can be stressful to hear, though you can take some comfort from the fact that miscarriages without symptoms are not very common. An estimated 1-5% of pregnancies end in miscarriage without symptoms. People who’ve experienced this kind of miscarriage can feel even more alone in their grief, since their experience is likely different from many others in the pregnancy loss community. Two experts explained to Romper what a so-called ‘missed miscarriage’ is, and what you should know in case this rare event happens to you.

What is a missed miscarriage?

A missed miscarriage (more commonly referred to as a “missed abortion” by medical providers) is “any pregnancy that stops progressing for at least four weeks before being identified or treated,” explains Sarah Prager, Professor of Obstetrics and Gynecology and a physician with Cedar River Clinics.

Why is it also called a “silent miscarriage?”

What can cause a missed miscarriage?

Self-blame is common for all miscarrying people, and patients might be especially tempted to blame themselves for not knowing that something is amiss. But “90% of the time, a miscarriage is due to a chromosomal problem,” explains Dr. Daniel Roshan, an OB-GYN who specializes in high-risk pregnancies. Other reasons for a miscarriage can include a structural anomalies — including problems with the fetus’s spinal chord, heart, or abdominal wall — as well as numerous other explanations. “It’s not caused by lifting something heavy,” Roshan clarifies. As hard as it can be to avoid the feeling that you should have known or should have done something different, the miscarriage most commonly occurred for reasons beyond the patient’s control.

How do you know if you’ve had a missed miscarriage?

What to do if you’ve had a missed miscarriage

Your health care provider will typically discuss your options with you. This can include “expectant management” — basically, waiting to see if your body will pass the pregnancy on its own. This option, Prager notes, “often not desirable if the pregnancy has already been demised for four weeks without spontaneously passing.” Other options include taking medications, typically mifepristone and misoprostol or just misoprostol, or uterine aspiration, which Prager describes as “a quick and safe procedure to empty the uterus.”

Can I get pregnant again after a missed miscarriage?

While a missed miscarriage can be devastating, it doesn’t mean that you won’t go on to have other healthy pregnancies. “If this is someone’s first miscarriage, they don’t even have an increased risk of having another miscarriage,” Prager notes. If a patient has had two or three miscarriages back-to-back, Roshan will usually do what he calls a “recurrent pregnancy loss workup” which includes checks of hormones, thyroid, checking the shape of the uterus lining is normal, and doing genetic testing. That can give both the patient and doctor more information, and some possible options for treatment so the patient can go on to have a healthy pregnancy.

Having a miscarriage, particularly when you didn’t know you’re having one, can be a jarring experience, and grief can linger, even if you go on to have healthy pregnancies. It’s important to process your emotions, Prager notes, and to get help if you feel you are not healing emotionally from the experience. That could include a support group, or talking with a mental health provider.

More Like This
OB-GYNs Explain The Connection Between Stress & Miscarriage
Can A Sunburn During Pregnancy Hurt The Baby? An OB Explains
What Foods Fight Nausea During Pregnancy?
Can Dogs Sense Labor? 5 Signs Something Might Be Up
What Parents Are Talking About — Delivered Straight To Your Inbox

This article was originally published on Aug. 18, 2017