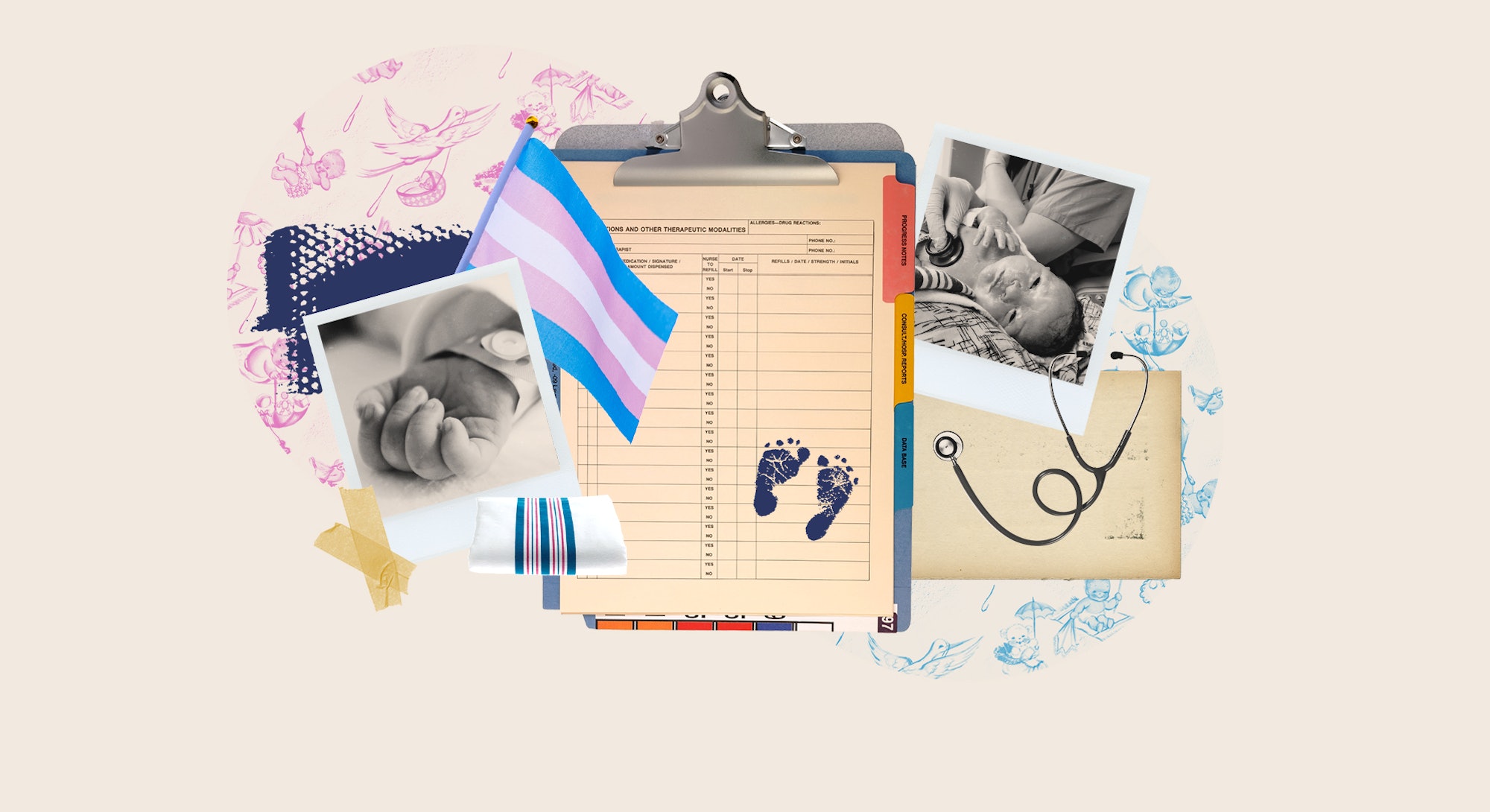 My Birth Story Sent Me To Med School

It turns out I'm not the only English major who wants to be a doctor when they grow up, and nowhere near the only parent whose child's entry into the world changed everything.

Though there are many elements of adulthood that I've struggled to embody or relate to (womanhood, motherhood), I have never not imagined myself as a parent, as a pregnant person. From the earliest days of gestating my child, I read extensively, pored over resources, even signed on for a second doula training at the end of the first trimester. I hired friends to photograph every month of the process, searching for meaning, beauty, grounding in the images. I was desperate to understand the experience.

I did not feel physically dysphoric as a pregnant person (that came later for me), but I did feel itchy, pained, latched onto, disgusted by the societal narratives of gestation as only feminine, only womanhood, only motherhood. Many days, my body felt like a mirage. I think this comes partly from the anxiety and grief of knowing what it is to feel the potential of a person slip from your body and mind nearly as soon as you knew they were there, just as it comes from being a fat person, a nonbinary person, a nonwoman whose body looks different from all of the bodies in the apps, the ads, the books, the movies. I've always had a belly, always known how to suck it in, let it go. Do I look pregnant? Now you see it. I am not sure I do. Now you don't.

Surprisingly, the place I found solace was in the hospital: at nighttime, at dawn, at dusk, at only 28 weeks pregnant. My blood pressure had been high for a day or two. I'd suffered from a headache for a week. Planning a homebirth, I decided to text my midwife and ask her what to do. She sent me to the closest blood pressure cuff, which happened to be at YMCA down the road from my in-laws. While I watched retirees swim laps and pace treadmills, the cuff squeezed my arm. Oh! I'll take it again. It was still high — the numbers are a blur now — but it was a number high enough to convince all of us that I needed someone to take a second look. I transferred from the care of a homebirth midwife to hospital midwives to obstetricians to maternal fetal medicine physicians in a matter of hours.

Here at the hospital, my baby and I hardly had a gender; we were veins, hearts, molecules. And here I knew I never quite wanted to leave.

I was admitted to the hospital for a week. And even though I am sure I was gendered, misgendered in ways that felt uncomfortable during that stay, somehow I finally felt that meaning, that closeness with my body and baby, that I'd been so determined to find all along. Medicine — science, really, because I landed in the hands of a team that was willing to move slowly and curiously in my care, not rushing to intervene but working with me to reach the shared goals I held for my body-mind — offered space to experience gestation beneath and beyond the incessant gendering of the world at large. Here, my baby and I hardly had or were gender; we were veins, hearts, molecules. And here I knew I never quite wanted to leave.

As I held my teary partner's hand while watching an ultrasound tech trace my legs — or my belly — blood, baby, body revealed on screen as some of the most intimate and fascinating sounds I've ever seen. As I watched the sun rise and set from a hospital bed ad infinitum, feeling the vibe of the hospital shift from day to night and back again. As I met medical students and residents and read an article one of my doctors sent from his tablet on rounds, "The Anachronistic Terminology of Gestational Hypertension." As I sat through EKGs and BPPs and later an IUPC insertion. "Why medicine?" is a question commonly asked in medical school applications and interviews. These moments, my birth story, are the answer for me. Medicine offered the kaleidoscope that finally let me see all the pieces of myself arranged in a way that resonated. Somehow, somewhere in the midst of all of this, I knew I had to find my way back here.

And so I chose medicine like maybe many people do: sitting in my parents’ kitchen, browsing pre-med program websites. Except I was 27, not 17. I was gushing, ranting, exclaiming to my spouse as I figured out each next piece of the puzzle. I was reaching over the squirmy almost 1-year-old latched to my chest to scroll through the next block of text detailing admissions requirements and laying out the next 10-plus years of my life.

It turns out I'm not the only English major who wants to be a doctor when they grow up and nowhere near the only parent whose child's entry into the world changed everything.

That morning, visiting my parents, I asked my little brother, who very well may matriculate to medical school in 2023 alongside me, what the pre-med requirements actually were. By lunchtime I could recite most of the details of my current post-bac program. And by dinner, I’d met my current adviser via video conference. I narrowly escaped having to take the ACT again; I changed my name in between applying on Christmas morning and interviewing for the program that next spring.

There is much to say — and change — about obstetrics, hospitals, the medical industrial complex at large, and I want to say, and change, so much. As I study bioethics alongside medicine, my interest is in gender and identity, yes, but more fundamentally it lies in the dismantling of harmful systems some of us have built for all of us. My face, my name are now not so different from many “fathers of medicine” who enacted great violence and harm that looked — and continues to look — nothing like healing or care and everything like abuse of power and privilege. We live in these shadows. Even so, it is here — in medicine, through medicine, in these shadows — that everything changed for me, that I changed everything.

Through the chaotic season that followed, our wouldn’t-trade-it-wouldn’t-ever-repeat-it first year as parents and first year of legal, social, and medical gender transition — times two, because my spouse and I like to do things big, together, and all at once — the thought of medicine was an anchor for me. While my body made milk molecules in real time, I studied — first lactation, then anatomy, chemistry, biomedical ethics. As testosterone met my androgen receptors every Sunday morning, my professional self concept evolved right alongside my physical one. So many of my seemingly amorphous passions, skills, ideas, and desires found a place to land, to actualize. Not only was I becoming an adult, a guy, a boy, a dad, a man; I was — I am — becoming a doctor. (Note: Testosterone does not a man make. You are who you say you are, always.)

Since then, in the long days and short years of postpartum and toddler parenthood, I've learned how to give EKGs myself. How to read a heart monitor strip. How to take other people's blood pressure. How molecules are mirrors are medicine. It turns out I'm not the only English major who wants to be a doctor when they grow up and nowhere near the only parent whose child's entry into the world changed everything.