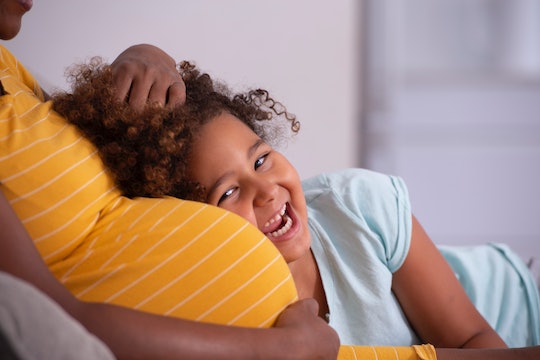 20 Baby Names That Go With Sophia

Your little Sophia is going to be a big sister, so you’ll want a name that flows with hers.

The congratulations on baby number two have started rolling in, and now it’s time to pick out a name for your new little one — which some parents feel is one of the most challenging parts of the pregnancy. Not to worry. I am excited to share some sibling names that go perfectly with Sophia, which is a favorite of mine and currently ranked the fourth most popular baby name in the United States for girls. Big sister Sophia’s name means “wisdom” and is of Greek origin, so it’s only right that her baby brother or sister should have a name as special as hers. And, of course, one that goes with it effortlessly when you are yelling at them to stop fighting in a few years.

Now, while all these name suggestions are completely subjective, and there’s no telling why parents end up picking one name over another, I’ve personally said “Sophia and (insert name below)” at least three times each and love the way each one sounds together. So there’s that. I also love when a family name is used, so if that’s a possibility I say go for it. But to get those creative name choice decisions flowing, suggestions can be found below.

Girl Names That Go With Sophia

This classic name has been on the top 100 name list every year since 1994. And oh yeah, you can sing Neal Diamond’s “Sweet Caroline” to her whenever you want.

“That which we call a rose, by any other word would smell as sweet.” Naturally, you think of Shakespeare’s Romeo and Juliet, but did you know that this elegant name of French and English origin means youthful?

OK, I’m biased here as my daughter’s name is Vivian. The name is of Latin origin and means “life”. Each name would have three syllables, so that’s something to think about, but I do think they sound lovely together.

This sweet name of French origin meaning “loving” can be shortened to Anna or Bella, which also sound great with Sophia.

This English classic reminds me of Jane Austin’s Sense and Sensibility or Northanger Abbey. Like Sophia, it has a rich quality to it, and Eleanor comes with some darling nicknames like Elle, Ella, or Nora.

I’ve always loved the name Alice, which is of Germanic origin meaning “noble.” I would have put it on my name list, but it didn’t flow with my last name. Alice and Sophia are both nice and short, and have a little spunk to them.

The name Catherine is as classic and regal as they come. Meaning “pure” and of Greek origin, I can’t really think of which one I like better between Catherine or Sophia.

I guess by now you realize I have a thing for classic names, but I mean, you can’t really go wrong with Charlotte. Especially if you were a Sex and the City fan back in the day.

OK, again I’m biased because this is my other daughter’s name, but if you like the sound of names ending in the same way, then you can’t do better than Amelia along with Sophia. It’s also a popular name that has a little bit of a quirk. (And if you like the nickname Millie, I think that’s super cute with Sophia.)

If botanical names interest you, this one is one of my favorites. I like the contrast from Sophia, since Ivy is a more unique name you don’t hear very often.

Boy Names That Go With Sophia

This strong name (I’m thinking of all the times you can call him ‘Alexander the Great’) is of Greek origin and means “defender of men.” I love how strong it sounds with the feminine Sophia.

A Biblical name meaning “son of the right hand,” Benjamin is another classic and one of my favorite nicknames, Ben. Sophia and Ben sounds like a sweet children’s book.

I don’t know, there is just something about “Sophia and Max” together that sounds really fantastic. I’m loving it. That’s all I have, honestly.

Another from the classic playbook, Henry is a solid name that I have always adored. Throughout history, you’ll find many a Henry in royal circles, including my favorite: Prince Harry (Harry is a nickname for Henry).

The name Lucas has grown in popularity over the years and currently sits at #8 on the most popular name in the United States. Two popular names work well together here, don’t you think?

The name James is a name of Hebrew origin, and has actually become popular again thanks to celebrities like Blake Lively choosing it for her eldest daughter with Ryan Reynolds. While I think overall people still think of James as a boy’s name, I like the unisex aspect if that appeals to you.

I really like the way Sophia and Nicholas sound together, and if you’re a particularly big fan of Christmas, then you really can’t go wrong with your own little St. Nick.

Well not only can he can one day say he has “a special set of skills” (a la Liam Neeson), Liam is the number one name for boys as of 2020. So it works well with the popularity of Sophia, and both are short and sweet.

I mean, how lovely does Jude sound next to big sister Sophia? Both short, both have an air of English love to them, and both very classic-sounding.

Elijah is also a popular name like Sophia, but this one has a Hebrew origin and a faith-based meaning. Elijah and Sophia both have similar letters in their name, and I kind of just love how they look written out together.