Mary DeMocker helps people fight for a thriving future while deepening connections to family, community, and nature. Her book, The Parents’ Guide to Climate Revolution: 100 Ways to Build a Fossil-Free Future, Raise Empowered Kids, and Still Get a Good Night’s Sleep (foreword by Bill McKibben) was a 2019 Oregon Book Award finalist. It has been praised by Dr. James Hansen, former director of NASA’s Goddard Institute for Space Studies, featured on Yale Climate Connections, and recommended by National Public Radio and in The New York Times.

DeMocker is the co-founder and former creative director of 350.org’s Eugene chapter, with whom she led art-centered climate rallies featured on PBS NewsHour, ArtCOP21, and in an Avaaz video shown to world leaders at Paris climate talks. She speaks regularly about creative climate justice advocacy in the media and to parent groups, faith communities, environmental justice groups, and students from grade school to grad school. She recorded a 2020 TEDx talk on “Re-Storying Our Future With Your Creativity.” 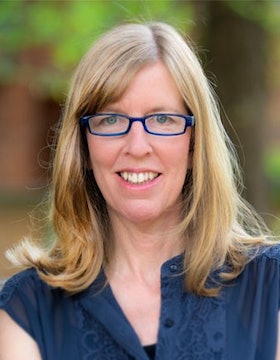 The Climate Crisis Is A Parenting Problem

No hero arrives at 3 a.m. to wash sheets and comfort our child when the stomach flu hits, and no one else is going to show up to save our kids from climate chaos.