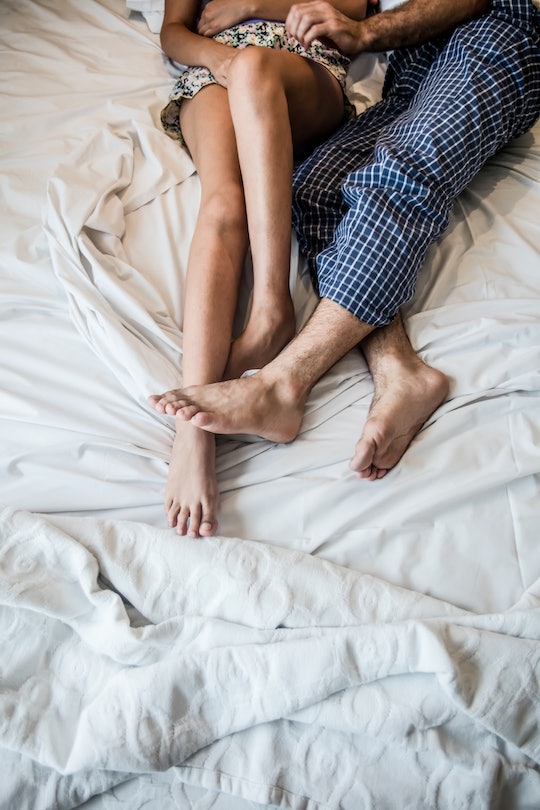 11 Signs You're Sexually Attracted To Someone, But Not In Love With Them

Here’s how to tell the difference.

Lust and love can be extremely confusing, especially when sex is involved. As you probably know, lust is that exciting and euphoric stage of courtship. It's often really intense and can be confused with love. Add sexual attraction to the lust and you have the perfect recipe for romantic befuddlement. So, what are the signs you're sexually attracted to someone, and not actually in love with them? How do you know that it's just a little fun and not something more long lasting? It turns out there are some pretty obvious markers to help you figure it out.

Before getting into the signs, you should know how lust and attraction begin. It's often thought that emotions are involved in being sexually or physically attracted to someone. After all, you feel all types of things when you see a hot person walk by on the street. But real and deep feelings aren't involved initially.

The laws of sexual attraction are actually rooted in science (sorry if this doesn't sound too sexy). Humans are physically attracted to one another at the biochemical level via pheromones, certain scents, and voice pitch, according to a 2017 review published in Frontiers in Psychology, which outlined that “acoustic and olfactory cues can, separately or in combination, strongly influence the perceived attractiveness of an individual and therefore attitudes and actions toward that person.”

In fact, love and lust exist on such different planes that sexual attraction is biologically more akin to fear. “Your body responds to an exciting new love just as it would a masked gunman,” Dawn Maslar, M.S., science of love expert and love biologist, says of the sweaty palms, rapid heart rate, and dilated pupils that descend upon the infatuated. This response is your body’s way of telling you to pay attention. “Just like the masked gunman, time can feel like it slows, [and] you become focused on what's in front of you,” Maslar tells Romper. This has zip to do with love and is more about sex. Real love might not seem as high-stakes and exciting, but it’s more healthy and nurturing. This doesn't mean sexual attraction can't eventually turn into something long term, but it's good to recognize the difference.

Knowing what type of relationship you're in (and what kind you want) can help you make crucial decisions about that person and your love life as a whole. Here’s how to know if you're sexually attracted to someone, but not actually in love.

A sex-only relationship isn’t inherently a problem — flings can be fun! — but if you’re looking for a serious, long-term love, these clues can help you recognize that this person might not be the best fit. You’re better off finding someone who gives you butterflies and also connects with you on an emotional level. That’s the kind of relationship that is built to last.

Nadine Sabulsky, founder of The Naked Life Coach coaching practice in Phoenix, and author of Secret Weapons of Mass Orgasm: The Science of Sex & Artistry of Love

This article was originally published on July 11, 2017