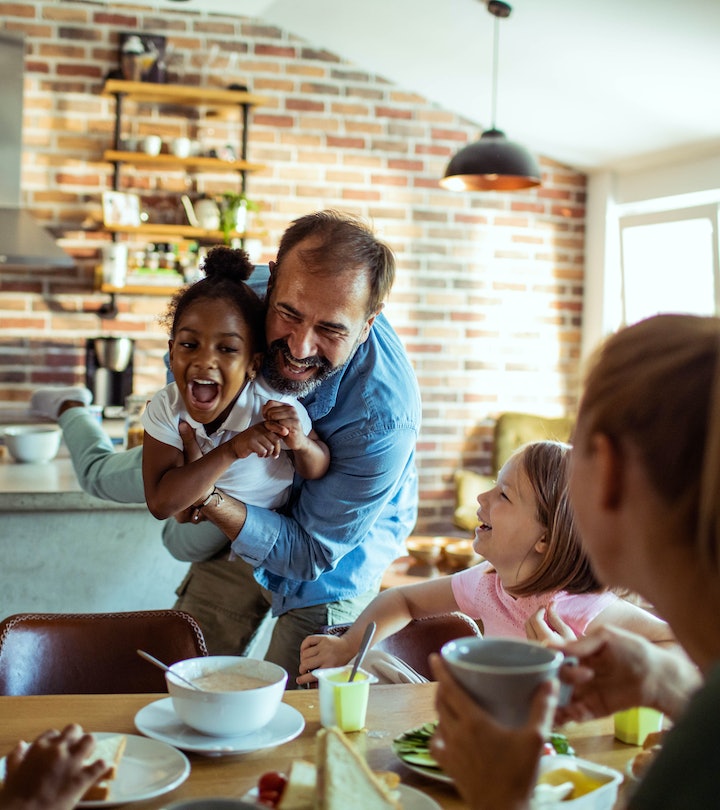 Get the tissues ready, because these sayings get it just right.

Over the past few generations, America has changed. The nuclear family isn’t the norm anymore, and blended families are taking center stage. Stepfamilies, multigenerational households with grandparents included, foster care and adoption, or chosen family units — it’s become increasingly common for the people within a household to be connected in a wide variety of ways. In 2021, 18% of households were multigenerational and it’s estimated that about 16% of households are considered stepfamilies. About 1.5 million adopted kids live in the United States, and 60 to 70% are in open adoptions. Clearly, the definition of family has expanded in the United States, and that’s a beautiful thing. These 51 blended family quotes get it just right, celebrating what our families really look and feel like today. From celebrities to everyday parents and grandparents, everyone has a lot of thoughts about what makes their family unique.

Quotes about adoptive and foster families

No matter how your blended family was joined together, these quotes make a few things very clear. Family doesn’t have to look like what others expect, and more love to go around is never a bad thing.