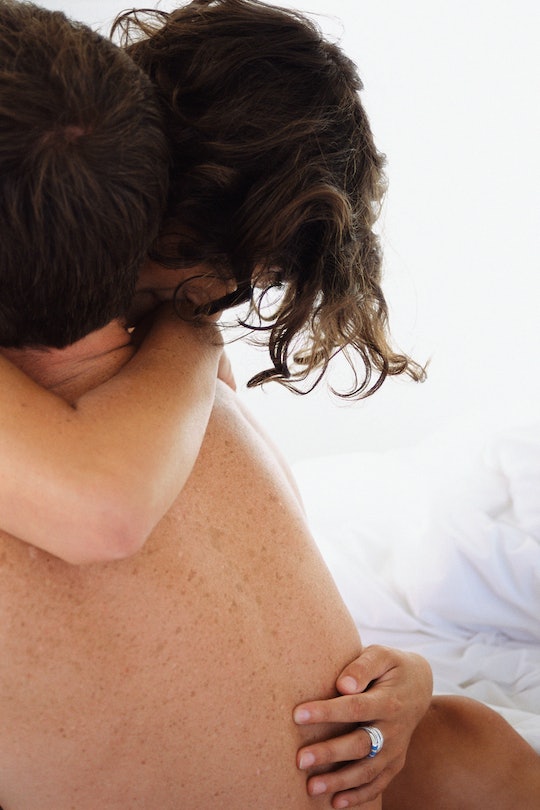 10 Differences Between Male & Female Orgasms, According To Science

They feel amazing for everyone — but not exactly the same.

After an especially mind-blowing session between the sheets, you've probably been asked (or asked your partner), "Was it good for you, too?" Turns out, that's not such a cliched question. Scientific research shows that there are some major differences between male vs female orgasms — or orgasms for people with vulvas and people with penises.

The human body is a pretty cool thing. Not only do we have the ability to produce new life, but we also have the capacity to have a great time while doing it. “The function of orgasm has been posited in more sociobiological terms — body chemistry changes and orgasms shared with a partner can promote bonding, some research suggests,” Carol Queen, Ph.D., sex educator and staff sexologist at Good Vibrations, tells Romper. “Also,” she adds, “we are all the same in utero until differentiation! It makes sense that a basic bodily function can happen in all genders.”

Here are some fascinating science-based facts about your climaxes. It may give you some insights into what your partner is experiencing in bed, and perhaps help you understand your own body a little better.

While orgasm for people with varying anatomy has its differences, we’re not as divided as it might seem. As Queen put it, we’re not opposites, “Our culture is so dedicated to a binary mindset that it tends to ignore similarities and focus on differences.” At the same time, every human’s sexual experience isn’t going to fall perfectly into a box of “this or that” and certainly isn’t always going to be represented in every study. The bottom line is we’re having a unique, but also shared experience that can be improved with communication and understanding of yours and your partner’s bodies.

This article was originally published on July 3, 2018