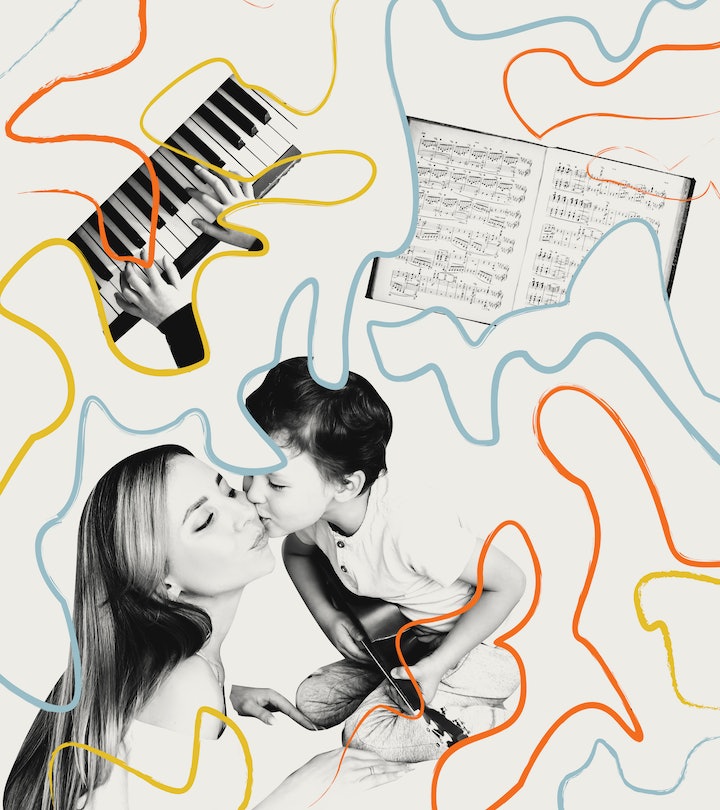 Raising Us May Have Wrecked Her Career, But My Mom Is Thriving In Her Second Act

It turns out that mothering us was like training in a weighted vest: Ever since we left home, she’s soared.

by Samuel Ashworth
May 8, 2022
Mother Figures

In 1984, an episode of the TV medical drama St. Elsewhere opened on Denzel Washington speaking directly to the camera, imploring the viewer to turn off their television: “What are you doing with your life? You! Yeah, you, I’m talking to you. You sit there, vegetating, like a couch potato, like you got all the time in the world… Life is short, pal! You gotta start thinking about the future… now.”

The teleplay for that episode, called “You Again?”, was written by a 27-year-old named Susan Kander. It was well-received enough that the producers made it clear they were interested in having her join their writing room. It was a tempting offer. Born in Kansas City, she’d moved to New York after college and her career as a playwright was already off to a fine start: She’d studied under a legendary playwright, John Guare, and had already had one play produced off-Broadway in New York. In the meantime, she’d been cleaning apartments to pay the bills when she met a cabinetmaker named Warren Ashworth who was looking for an assistant. A few years later, she’d asked him to marry her.

She turned down St. Elsewhere when they told her she’d have to move to Los Angeles, a city she hated. She never wrote for TV again, but the episode did have one lasting impact: For one year, it made her a member of the Writers Guild of America, which had great health insurance. She and my father could afford to have a baby — me — and I thanked her by blowing up her career.

To be fair, I had help: Three years later, my brother was born. While he is today a loving, reasonable person with great hair, he was a nightmare baby. Didn’t sleep, didn’t let her out of his sight. My dad was helping build a small architecture firm; he worked late and made little, so they couldn’t remotely afford day care. Even her in-laws were obstinately useless.

Forget backwards and in high heels; a cash-strapped mother of two with no help might as well be trying to write blindfolded and underwater. Yet somehow, she kept trying, kept stoking her ambition, because sometimes, as an artist, that’s all you have. She spent years working on a musical — I vividly remember spending afternoons after school at her collaborator’s apartment as they worked; to this day I can still recall most of the songs and lyrics — that got the attention of agents and producers, but was never staged.

In 1992, she poured herself into a new play about a home for unwed mothers. A regional production was staged, and it was successful — my father remembers people crying at the end, coming up to her to tell her she’d captured exactly what their parents and grandparents had suffered through. Instead of a contract, she was told there would be no audience for a play about anything that dark. The play went into a drawer, where it remains to this day. And that was it: At 35 years old — a year younger than I am now — she gave up on being a playwright for good.

Not that she put it that way at the time; she barely shared any of this with my brother and me. She was far, far too good of a mother for that. It only started coming out three years ago, when I became a father, that she decided to get real with me about how hard it had been. Which is why it’s all the more impressive that even with my brother and I barnacled onto her, she never, ever stopped making art. And along the way she also, for what it's worth, made us in her image: Today my brother and I are both working artists.

But here’s the kicker. It turns out that lugging us around for 20 years was like training in a weighted vest: Ever since we left home, she’s soared.

When she and my dad got home from dropping my brother off at college, she started writing every single day.

Cracking into any artistic world, be it theater, literature, film, whatever, requires similar skills to burglary: Once you decide which house has the thing you want, you use every means possible to get in. If you can’t get in through the front door, you start testing the windows. You scale the gutters. You look for a skylight. But sometimes the house just beats you. That’s when you have to make a choice. You can give up the life of crime — and many, many artists do — or you can move on to the next house and start all over.

For my mother the answer came, appropriately, in the form of a child’s toy: a two-and-a-half octave yellow Playskool piano.

We were living abroad. I was 6 and my brother was 3. Business was bad for my father then, and they realized they could make more money renting out our apartment in New York for six months and moving to this tiny village in the south of France. My brother and I went to the local school, with three grades packed into one classroom, and during the day, my mom started to compose an opera on that little piano.

The result was a children’s opera we staged at my elementary school, with children doing the bulk of the singing, assisted by a few professional opera singers who were in the PTA. It brought her joy, and an entirely new career. Over the next 10 years, she wrote four more operas for children to learn and perform, on everything from the Buffalo soldiers to teen girl bullying, culminating in a commission to make an opera version of Lois Lowry’s The Giver. Her operas were staged all over the world, including South Africa and China.

When she and my dad got home from dropping my brother off at college, she started writing every single day. Slowly, doggedly, she established herself as a composer — and not just of children’s opera. She wrote bold, theatrical pieces. Commissions came in for chamber works and song cycles. My father says she’d go into her office, an uninsulated greenhouse, and just be there for hours, forgetting to even turn on the heat. In 2015, nearing 60, she went to graduate school (my dad had done the same thing a few years prior). She applied for grants and fellowships, never winning one, but applying all the same. She knew people weren’t excited to produce a middle-aged woman, but day in, day out, she did the work.

“If we hadn’t had children, you could have written a hundred of these.”

No, she told him. “There’s no way I could have written any of it if I hadn’t.”

Toni Morrison, Isak Dinesen, Elizabeth Strout, and George Eliot didn’t publish their first novels until they were 40 or older. Penelope Fitzgerald did it at 60; Laura Ingalls Wilder was even older when she wrote the first Little House on the Prairie book. These were women who knew something about the world. Recently, my mother finished a libretto for a brand-new opera composed by Stephanie Chou, a 35-year-old jazz musician. It’s about comfort women, the 200,000 Chinese and Korean women who were abducted into sexual slavery by the Japanese army in World War II. After he read it, my father says he looked at her and said, “If we hadn’t had children, you could have written a hundred of these.”

No, she told him. “There’s no way I could have written any of it if I hadn’t.”

And now she’s nowhere close to peaking. This past year, a chamber opera she, a 64-year-old white lady, composed, was filmed, and featured at the Black Femme Supremacy Film festival (it's called dwb: driving while black and the libretto was written by her friend, Roberta Gumbel, a Black soprano of the same age). She and my father wrote a whole-ass novel together called We, the House, found a publisher, and are currently on a book tour. An opera she has dreamed of writing for as long as I’ve been alive looks likely to be commissioned shortly. And this spring, she finally got “discovered”: she won a “Female Discovery Grant” from Opera America. She was even more excited than she was, a few days later, when her Medicare card arrived in the mail.

As I write this, my 3-year-old is at preschool, because I live in a city with universal pre-K, and my 10-month-old is in day care, which we are lucky to be able to afford. Even now, my mom’s eyes go wide at the mention of day care. I know she’s thinking of what could have been. Her unsuppressed joy at seeing my kids throw up on me — at knowing I’m feeling a little of what she felt — is little consolation.

Even with school, my kids have done a number on my career lately. I’m 36 now, and more than ever I cannot shake the feeling that I am running out of time. But I’ve got something my mother never had: A mother who taught me how to live the life I wanted to. Who trained us to know that only a putz loafs around waiting for inspiration to strike. That no one ever asks you to be a writer, so you have to demand it of yourself. That the measure of an artist isn’t their ideas but their sitsfliesch: their power to park their ass in a chair and work. And most of all, that your third act matters every bit as much as your first.

Maybe my mom was wrong when she wrote those words for Denzel Washington to say into the camera. Life isn’t as short as we think it is. Youth is short. But there’s a hell of a lot more to life than youth.