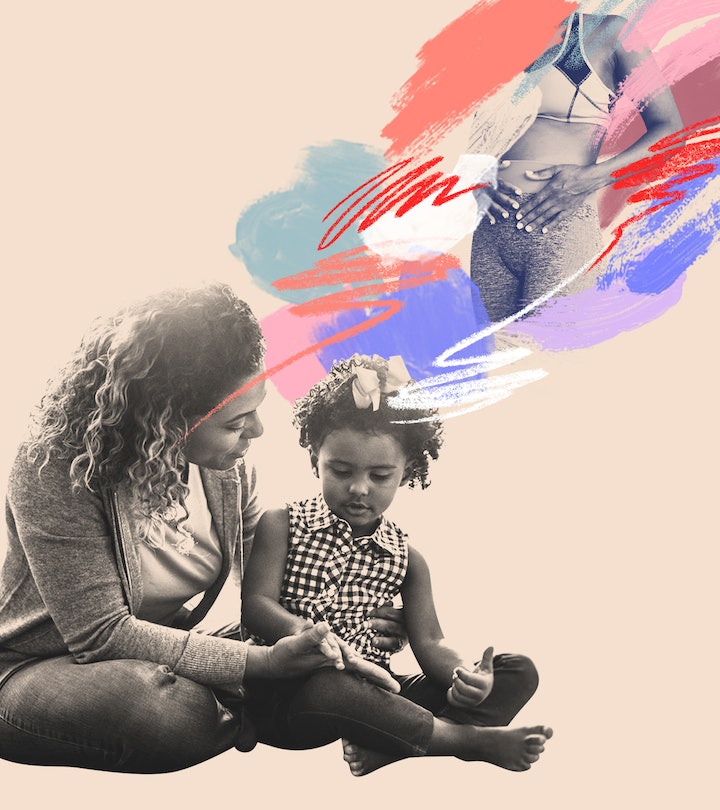 There’s a good chance your kids already think they know some “facts.”

As my four children and I walked down a city street one summer morning, we passed a protest outside a Planned Parenthood clinic. The protestors, carrying horrific, graphic signs, swarmed around my family and began to praise us for “choosing life” for our kids. The awkward thing is, I didn’t choose anything. My babies were all adopted, and the choice to birth or not birth them was up to their first moms. I am thankful my kids exist, of course, but I am also thankful their moms got to choose what was right for their own bodies. As we continued down the street, my oldest child had questions about why these people were carrying scary posters around and shouting at some other people. Why did they single us out? What were they protesting, exactly?

This is but one of those parenting moments where you pause and wonder how exactly to explain complicated adult topics to your kids. “Abortion” might not have been a word my kids knew, but it became something I had to explain before I felt prepared.

Maybe you aren’t sure if you should talk to your kids about abortion, either. Maybe you want to, but don’t quite know how. Until Friday’s Supreme Court decision, it was a guaranteed right in this country that most of us did not think about daily — unless we needed one. Now that the highest court has overturned Roe vs. Wade, many states are already stripping that right from pregnant people. With the swirl of news, visible protests across major cities, and tense conversations occurring between the adults talking over their heads, it’s time to broach the topic with your children.

How, though? I reached out to Melinda Wenner Moyer, science journalist and author of How to Raise Kids Who Aren’t Assholes. She told me that there’s a good chance your kids already think they know about abortion. “Research in fact shows that kids as young as 5 often know about things that are happening in the world, but that many get details wrong,” she says. “When we avoid having these conversations, we're not protecting our kids from these topics. We're just increasing the risk that they will be misinformed.”

Start by asking what your kids already know about abortion.

Moyer began her own conversation with her kids, ages 7 and 11, by asking them what they did know about abortion, which is how she begins most complicated discussions. “Depending on how old they are, you could start with, ‘Have you heard the words abortion or Roe before?’ Or ‘Have you heard anything about what's been going on in the Supreme Court with regard to women's rights?’” It turns out Moyer’s kids knew less than she expected, so she had to back up the conversation and first talk about consent and bodily autonomy.

The entire conversation about abortion, after all, is really a conversation about who gets to make decisions about their bodies. A strong understanding of consent and bodily autonomy will help kids understand the larger issue, says Reena Patel, an educational psychologist and children’s book author. “You start by modeling privacy as a child gets older. This shows respect and creates personal boundaries.” Patel recommends several books for parents such as My Body is Special and Private, Let's Talk About Body Boundaries, Consent and Respect, and I Said No.

Anxiety about messing up an important topic can ramp up the pressure, but Moyer reminded me that there’s always a chance to continue the conversation. “You have infinite opportunities! If you forgot something, you can say, ‘Oh, hey, you know how we were talking about abortion earlier? I just thought of something else you might want to know.’” Remember, this is just the initial conversation — not the only one.

Use accurate terminology when talking to kids about abortion.

It’s important for kids to understand how common abortion is. By the numbers, about one in four women have had an abortion. Almost all (92%) of abortion procedures are done in the first 13 weeks of pregnancy, very early on, according to the CDC. Chances are your kid knows someone who has had an abortion without them ever realizing that person was pregnant. This might help kids realize how much this issue affects everyone and that it doesn’t need to be a taboo subject.

Where you go from there depends on your children's ages. While even babies can participate in actions to protect women’s rights, clearly what children can understand at various developmental stages will vary. My four kids range from ages 3 to 10, so how do I talk to each of them?

What can very young children understand about abortion?

Patel told me that under age 4, most kids will not really be able to grasp the concept of abortion. That changes pretty quickly, though. “Know that children around the age of 4 and 5 start to ask where babies come from. That is when you want to be honest but in a developmentally appropriate way.”

She suggests starting with correcting some of the misinformation that kids might have picked up, such as that babies come from storks. A very basic explanation of the uterus being where a fetus grows before a baby is born should suffice for most young children. The reason a pregnant woman might choose abortion can also be simple for this age group. “Share about the health of a mom and child, and that sometimes tough choices have to be made to ensure everyone's health,” says Patel. “You can also share that sometimes people really want to have a baby when they’re ready, and other people aren’t too sure about having a baby at all.”

The basic message for this age group is: “If someone doesn’t want to or can’t have a baby, their doctor can perform a procedure, and they won't be pregnant anymore.”

Talking to bigger kids and tweens about abortion should include more details and nuance.

As kids approach upper elementary school, they are about to understand a lot more about abortion and why so many people are fighting to protect reproductive rights. Dr. Anjali Ferguson is a clinical psychologist and the founder of Parenting Culture, a group of child psychologists of color. At this age, she says, you can have more direct and detailed conversations about the how and the why of abortion. Describing the medical procedure or the medication used to induce an abortion is likely fine for most kids this age.

Ferguson encourages parents to have open-ended conversations that acknowledge the range of emotions that accompany abortion. “These feelings may be sadness, fear, anger, disappointment… but can also be joy and relief. You can have multiple different feelings at the same time and there are no right or wrong feelings.” Talk about current events, what they’ve heard, and how they are feeling about them. Also, says Ferguson, be prepared for your older kids to potentially have different viewpoints than yours.

“Adolescence is an age of identity development, and this age group may have opinions or thoughts on abortion that may be different from yours. Listen to their feelings and always keep information factual.” At this age, you can ask kids more open-ended questions like, “Why do you think someone would choose abortion?” or “Do you think you might ever be in a position to choose one?”

Dr. Ferguson says these early conversations can set the stage for open lines of communication on other difficult topics — and make sure that your kids know they can come to you to discuss anything, including their own reproductive health when the time comes. “Access to safe and open conversations helps mitigate mental health concerns in development and strengthens parent-child relationships,” she says. “Children who feel they have even one supportive adult in their life that they can confide in report significant mental health protections.” These conversations can create kids that are more empathetic, kind, and respectful in their own relationships.

“Many times our hesitancies around these topics are informed by our own upbringings and the cultural taboos associated with these discussions, therefore, it is always important adults do our own introspection and internal work before we have these discussions with adolescents.”

Why is everyone on different sides?

Kids are very aware of the issues that upset adults. How do we help them understand some of the strong words grown-ups use when they talk about abortion?

“They want to murder babies,” or “They want women to die.” These are bold statements that lack the context kids need to process these conversations. For kids of all ages, it’s imperative to explain that people have different beliefs about when a fetus becomes a baby, so that affects what they believe about ending a pregnancy. Is it when a fetus has a heartbeat, or when it can be born and survive? This is something kids will have to decide for themselves, with adult guidance.

Helping kids navigate the “why” is mostly about asking questions, the experts told me. Dr. Ferguson framed some questions for younger kids:

For older kids, your conversation about the decision can be franker, says Patel. They have a firmer grasp of what it takes to raise a child. Ask their opinion and help them to think critically about why people are heated about the topic. “Share that there are many reasons a [pregnant person] and doctor might decide together that an abortion might need to be done.”

Think about how you will reply when your kids ask if you’ve ever had, or considered, an abortion. Moyer says honesty is key here, too. “Tell them if you've had or considered an abortion, and perhaps explain briefly why. And if you haven't, you could say something like ‘I haven't, but if I had gotten pregnant at a time when I felt I couldn't raise a child, or it was unsafe for me to carry a child, then I probably would have considered it.’”

The most crucial thing, says Patel, is letting your kids know it's often a complicated topic — perhaps even for you. “Children learn about feelings and how to express them appropriately by watching us. Show your child how you're feeling about different situations, and how you deal with those feelings.”

More Like This
Doja Cat’s Shaved Head Is Teaching Black Kids Hair Love
We Need To Talk To Our Kids About Brittney Griner — Here's How
My Family Tested 20 Kid-Safe Phones & Devices — These Were The Best
Is A Sudden Cold An Early Sign Of Pregnancy? Experts Explain