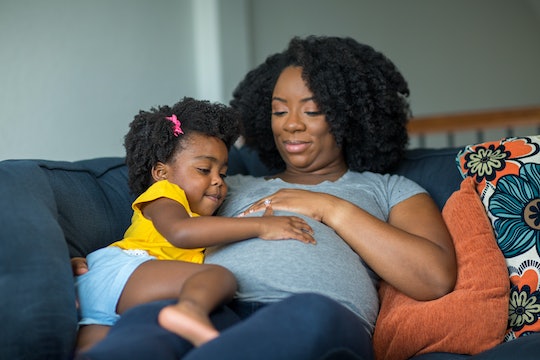 Does Postpartum Depression Happen With Every Pregnancy?

Because birth is a mixed bag of joy and overwhelm.

One of the scary things associated with pregnancy is the possibility of developing postpartum depression or PPD. Aside from the excitement of bringing home your newborn, there is exhaustion, overwhelm, fatigue, frustration, and even sadness — also called baby blues. But with PPD, the blues don’t shake off, and treatment is highly recommended.

According to the American Psychological Association, one in seven mothers will experience PPD. This doesn’t include the number of those who choose not to seek help. So, you may be wondering if it will happen to you. And if postpartum depression happens with every pregnancy, and you’ve experienced it before, how do you manage the duties of parenting while taking care of your mental health, again?

I had my share of days crying in the shower after bringing home twin newborns, but like so many moms, I didn’t think about being assessed or seeking treatment. My occasional sadness eventually wore off. This is very common to feel a little off at times after having a baby. But postpartum depression doesn’t ease up like baby blues.

How Common Is Postpartum Depression?

But every mother isn’t fated to have to cope with PPD. Up to 20% of pregnant women, especially new mothers, will experience it. “Not everyone gets it, but there can be a higher risk for patients in stressful situations, such as being a single parent, a history of mood disorders, anxiety, depression, or bipolar disorder,” Jones says. And according to reported statistics, mothers who have low socioeconomic status, without equitable access to healthcare, are 11 times more likely to get it.

A common misconception is that PPD is only associated with or stems from the mothers' biological link with their babies. However, the effects of PPD aren’t isolated to birthing mothers. 25% of new fathers and up to 8% of adoptive parents are reported to have experienced it as well.

If You’ve Had PPD Before, Will You Get It With Subsequent Pregnancies?

If you are one of the many who’ve had symptoms of PPD with your previous pregnancies, there’s a possibility you could have recurring symptoms with another pregnancy — there is a 10 to 50% chance that you will experience it again. “It's very similar to someone having hypertension during pregnancy. There's a higher chance of that [PPD] happening. So just make sure to be plugged in with a therapist or a psychiatrist, so that in the event that something happens during pregnancy or after pregnancy, you’re already linked with someone,” says Jones. By having a therapist in place, there’s less pressure to scramble and find someone you trust in the heat of the moment. “If you have that person in place, that will decrease the chances of symptoms worsening.”

While PPD is nothing to look forward to, especially if you’ve been down that road before, taking certain steps will stave off the intensity of your symptoms.

Jones says, “Don't feel bad for asking for help. There are many before you that have asked for help and are better for it. Because if there are people around, why not have them do things to help you and support you.”

If you or someone you know is experiencing depression or anxiety during pregnancy, or in the postpartum period, contact the Postpartum Health Alliance warmline at (888) 724-7240, or Postpartum Support International at (800) 944-4773. If you are thinking of harming yourself or your baby, get help right away by calling the National Suicide Prevention Lifeline at 1-800-273-8255, or dialing 911. For more resources, you can visit Postpartum Support International.

More Like This
Breaking Down The Different Types Of Postpartum Infections
All The Reasons Why You Might Have A C-Section
All Your Questions About Getting Pregnant After A Tummy Tuck Answered
Are Movie Theaters Too Loud For Pregnant People? OB-GYNs Explain