Michelle Yang (she/her) is an advocate who speaks and writes about the intersection of Asian American identity, feminism, and mental health. Tired of the stigma, she is empowered to humanize and normalize mental illnesses as another part of the human condition. Born ethnic Chinese in South Korea, Michelle immigrated to the US as a child. A proud "takeout kid," who grew up working in her family's Chinese restaurant, her articles have been featured on CNN, Parents, InStyle, Reader's Digest, HuffPost, Shondaland, and more. When she's not answering to her hilarious 7-year-old kiddo and demanding co-writer (who is a rescue pup), she is working on her memoir — so obviously, she's putting her expensive MBA degree to good use. 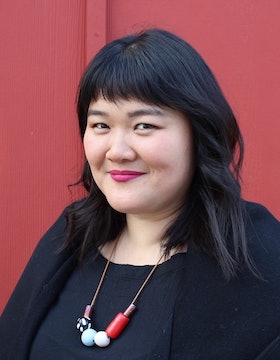 Nuuly Rent has helped me take my plus-size style from basic mom to best dressed.

Unable to separate need and love, they wanted me to always need them.

The actor talks breaking stereotypes, fatherhood, and advocating for his daughter with autism.

“I Thought I Was The Only One:” Malin Akerman Opens Up About Her Family History & The Mental Health Crisis

“If we think of it as our problem as a community, it's ours to solve.”

From new characters to added drama, there were a lot of changes.

“It was important to me that each of the women had their own story that wasn't just being a mom to the kids, that they had something for themselves.”

And marathoning it is self care!

In Netflix’s 'Love Is Blind', The Moms & Dads Steal The Show

Come for the wild experiment, stay for the real love.

Can My Non-Asian Child Dress Up As Shang-Chi For Halloween?

The film has enough pop culture clout to make social change, uplifting audiences of all ages who have longed to be seen.

The show delivers consistent, positive, and socially conscious messages in bounds, bubbling over with one delightful surprise after another for kids and their grown-ups alike.