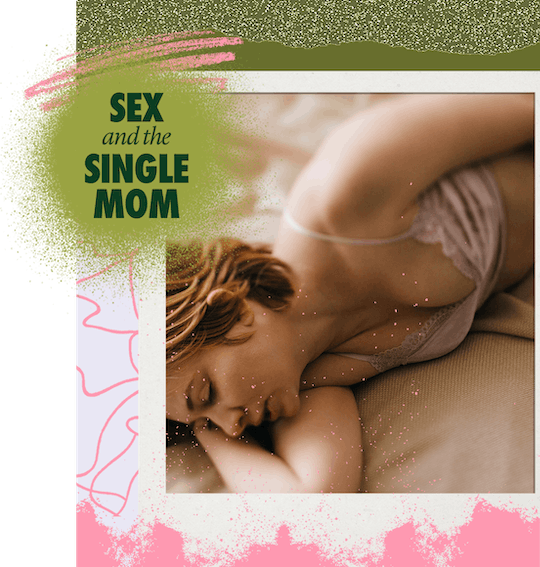 I don’t want to date. I have no desire to be in a relationship of any kind (celibacy FTW!) but I am in the market for some good old-fashioned self-sex. What are the toys de jour? I’m open to whatever anyone wants to throw at me. Please advise!

First off, thank you for this question! I think a lot people reading will want to thank you, too, because dating in this climate is a whole situation. (I mean, truly. It’s been very bad lately, but that’s probably a topic for another column.)

And you know what else? Celibacy doesn’t have to mean celibacy. Solo sex is sex, too. When we talk about prioritizing pleasure in our relationships that should always include the relationships we have with ourselves. Experimenting, evolving, finding new and unusual ways to get off — we don’t need partners to do any of that. There are so many ways to have a happy, healthy solo-sex life (and endless toys to keep it exciting).

The sex toy market has really exploded in the last decade, most notably with the addition of clit sucking toys, which seem to have completely overtaken the competition. I reached out to readers in stories for solo sex toy recommendations and of the 200+ who responded, 90% of the recommended toys were clit suckers. Damn! Penetration is so oughts, you guys. (And yes I know it’s always been about the clitoris, but technology has only recently gotten the memo.)

The below is a list of the toys that got the most enthusiastic recommendations from women and people with vaginas. Shout out to every one of who came through (ha!) to weigh in. Standing O-vation.

Not only did the womanizer win in a landslide victory, many people reached out to me personally with life-changing testimonials. Pleasure, especially for those who haven’t experienced it recently (or enough or at all), can indeed be life changing, and for many, the Womanizer did what years of penetrative sex never could. There are several versions of the Womanizer, so I don’t think you can go wrong but the most recommended were the original classic 2; the duo, which is both clit suction and penetration; and the pro40.

The Lelo Sona Cruise 2 had over a dozen votes while its penetrative sister, the Lelo Soroya Wave, also ranked well with my commenters.

The Satisfyer Pro 2 also had over a dozen votes. And at $66, this one seems to be the best bang for your buck if you’re looking for some clit suction action.

This one’s been my personal fave for years (I’ve even written about her here before) so I’m glad to see she made it to the top five. And while there is indeed a plug-in version that is cheaper than the rechargeable, I highly recommend dropping the extra $50 so you don’t feel tethered to a cord. (This is a good pro tip in general, actually.) There’s no clit suction here but the vibes are very good. Strong. very strong.

Both AER by DAME and THE POM ranked very high with readers so I am recommending them both here!

This one is simple, discreet and beloved by many. (It’s also quiet which I know is important for a lot of you!)

The price is right with Tracy’s Dog – the OG of clit sucking + penetrative vibes.

What can we say? After all these years, she’s still got it. There are several companies that make Rabbit vibes, but I went with Adam & Eve’s most highly rated (and well priced) version.

Surprise! We have another clit sucker. This one is very cute and wins for the best name.

And last but not least, I have been told not to sleep on the Oral B Pulsar Toothbrush.

Several of you also recommended Sex Oil with THC which I also co-sign. Foria is the best according to almost everyone I talked to (including myself) so definitely check it out if you haven’t already. It sort of takes everything to the next level, which, yes, please and thank you.

May the force be with you. (And also with you.)

More Like This
For Many Women, Divorce Is An Act Of Liberation — For Me, It's Been Devastating
Julia Fox's Apartment Tour Is A Glorious Antidote To Influencer Culture
Why Is My Vagina Itchy? Experts Explain
100 Questions To Ask Your Partner At Every Relationship Stage
What Parents Are Talking About — Delivered Straight To Your Inbox