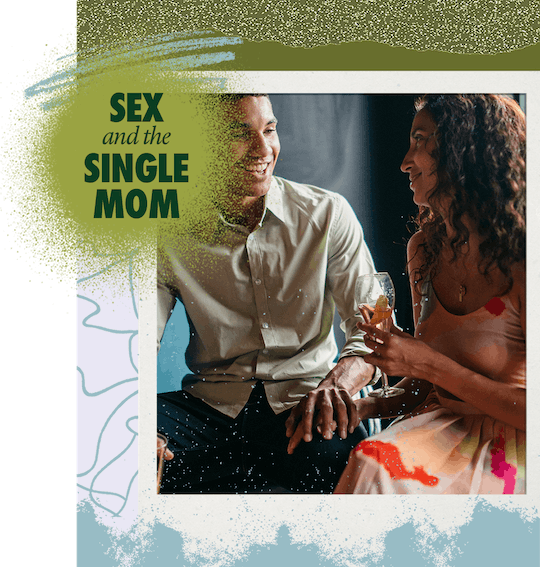 The Red Flags To Watch For When Dating Post-Divorce

Why is the first relationship after a marriage ends so hard?

Why is the first relationship after a separation or divorce so difficult? I'm in the throes of the first man I met on the apps and I am in deep, despite red flags and it being only three and a half months since my marriage ended. I did not set out to get serious about anyone! And there's sooo much anxiety and triggers all over the place that have nothing to do with him. I feel sucked in and… also like I want to run away. From what I have heard, this is not unusual. Any insight would be fantastic!

I have tried to respond to this week’s prompt seventeen different ways and keep deleting paragraphs and starting over because much like your experience, all of my words in response have been full of contradictions.

In trying to answer your question — or gather insight for a response — I had to do a bit of a deep dive into my own behavior, and what I realized is that, similarly to you, I sometimes have a hard time recognizing whether I’m reacting to a person, place, or thing.

And while our triggers often have nothing to do with the person we’re with and everything to do with what we have experienced in our past relationships, I think many of us justify mistreatment by gaslighting ourselves into thinking we are just being sensitive, ignoring our own feelings and prioritizing our partner’s, because we love (or think we might love) them instead.

That so many of us have absorbed the idea that we are overly sensitive, as opposed to seeing our partners as hazardous, is yet another example of how we gaslight ourselves into staying in toxic relationships. In other words: It isn’t you being too sensitive; it’s them being bad for you.

I do know that it is innately human to gravitate toward the familiar, no matter how loudly the voice inside us says “noooooo! Turn baaaccckkkkk!” A history of toxic relationships will not keep us from a future of them, and I think many of the qualities that suck us in are the same qualities that we know will ruin us — the ones you describe here that are making you want to run away.

That said, perceived red flags are almost always red flags, and the real question is, do you feel safe enough to talk about them with your current partner? Because I think that there is the real tell.

When you’re newly dating after being in a committed relationship for many years, you have to unlearn a bunch of shit. And you’re going to want to be with someone you can openly discuss all of the triggers you mentioned. And if they’re not going to be patient with you while you figure yourself out, they are not the right person for you to be in a new relationship with. Patience. Empathy. Open communication. Emotional intimacy. You’re going to need all of these things in order to feel safe, seen, and satisfied. I’m talking about green flags, baby!

But how do we know that we are entering green flag territory when the emotional land mines we’re experiencing in our post-marital-relationships often have nothing to do with our current partners and everything to do with who we were and what we experienced before we met them?

I cannot answer that question, of course, but what I do know is that if you don’t feel safe enough to openly discuss the potential red flags, that is the biggest red flag of all.

For example: Years ago, I was in the car with someone I was dating who was having a bit of a road rage incident. It was warranted as someone had just cut him off, but he started screaming. Talk about triggers: I started to cry right there in the passenger seat. I hadn’t been around a man who was viscerally angry in my presence since my marriage, and it fucked me up. I was mortified by my reaction, but it also came from a very real place. Was his anger a red flag? Maybe. But my reaction to it was unexpected for both of us and it forced us to have a conversation about why. All male rage is still triggering for me. But the fact that I felt safe enough to talk to him about it was, in that moment, what mattered.

If you do feel like you can talk to you partner openly and honestly about what gives you pause in the relationship — triggers included — then maybe they’re closer to yellow flags with a high probability of turning green.

But if you don’t feel safe enough to openly discuss what makes you feel like you want to run away, you should … absolutely run away.

More Like This
For Many Women, Divorce Is An Act Of Liberation — For Me, It's Been Devastating
Julia Fox's Apartment Tour Is A Glorious Antidote To Influencer Culture
100 Questions To Ask Your Partner At Every Relationship Stage
Your Guide To Love Languages: Words Of Affirmation
What Parents Are Talking About — Delivered Straight To Your Inbox