What Becomes Of The Brokenhearted 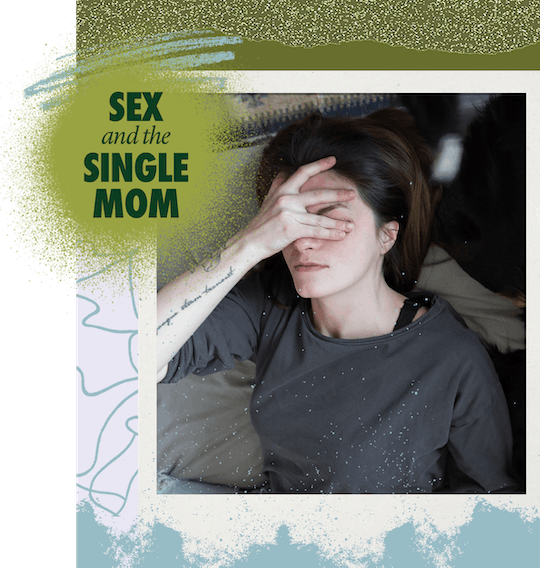 Why Heartbreak After Divorce Can Be The Most Devastating Of All

I didn’t think the end of a relationship could ever be this painful again. I was wrong.

I recently had my heart broken for the first time post-divorce, and I am finding it infinitely harder to navigate emotionally than my divorce. I haven’t felt this much despair about a love loss since I was dumped by my first love as a teenager — except now I’m 52. I’m supposed to be able to handle heartache, but instead I feel absolutely gutted and stunned by my inability to recover as a grown woman. I assumed I had outgrown the clichés of heartbreak. I am mortified by my response, and while I’m not looking for advice on how to feel less terrible (I do have enough experience to know that, in time, I will eventually move on), I was hoping to prompt a discussion about heartbreak in middle age. Because for some reason I had this picture in my head that I wouldn’t be this affected by a breakup now that I am a fully formed, calloused-from-experience, middle-aged woman. The reality, however, is that I am devastated in a way I didn’t think was possible.

Remember that scene with Diane Keaton in Something’s Gotta Give where she’s writing a play and sobbing? It’s you. And me. And all of us heartbroken middle-agers. You’re absolutely right: We need to talk about it because devastation takes on a whole new meaning when it’s not your first rodeo, which frankly comes as a surprise because — wait a minute — aren’t we supposed to get better at this?

Isn’t that the whole deal with getting older? You give fewer f*cks? Surely we’re supposed to have an easier time healing the more heartbreak we procure. We’re supposed to be all toughened up by now. Aren’t we?

Nah, we’re not. Like you, I was an absolute mess after a recent breakup. And while I have since moved on (sort of), I don’t know that I have ever in my life had such a difficult response to a relationship ending. At the age of 40. After only two months dating. (I know.)

Something must have broken through for me to break this hard.

Something inexplicable happened with this particular person. I saw a future with him in a way I hadn’t allowed myself to imagine with anyone else. And something turned in me; something I didn’t believe was possible suddenly was. This was my person. Except… he wasn’t. (Clearly.)

It took me months to rewrite that narrative, a narrative I had patently rejected up until the moment of meeting him. Even now, knowing I will likely never see him again, there is still part of me that believes that that was it. Which is not true.

What is true, however, is that I now know I am capable of wanting things I didn’t think I wanted, which is a good thing to know. It also explains why one of my dearest friends — who loves me and knows me better than almost anyone — stood over me while I was spiraling, fetal on the kitchen floor, and said to me, “I think it’s a very good sign that you’re having such a hard time with this.”

And damn it, man, she was right. Because I had never reacted this way before, which can only mean one thing: Something must have broken through for me to break this hard.

In the four years since my husband’s death, I have absolutely experienced love but have always found ways to love within a certain set of self-defined boundaries and rules. My relationships were open, nonmonogamous, and recognized for what they were: temporary, fluid, the kind of relationships that evolve, shape shift, become friendships. No labels. Free love baby.

I kept the engine running, so to speak. Just in case.

Until I did not. I had done the thing I swore I would never do, and everything I was afraid would happen, did happen. Which isn’t what I wanted, but in retrospect — all these months later — was exactly what I needed. I needed to know what it felt like to want something different, to change my mind. I needed to know that I was not wholly in control of my feelings. I needed to know that I was not able to protect myself — that nobody is, that in order to be open to the kinds of feelings I was able to feel, I would need to be open to all that comes with them, including loss.

And while it’s true that I don’t know your particular story, I do know that none of us get to a certain age without surviving some serious relationship trauma. Which is why, when we find someone we click with, an ending can be especially devastating — because it is not easy nor common to vibe with someone so completely.

Maybe the fact that the wound is deep, and it takes a long time to get over it, is good. Because while we have developed a thicker callous when it comes to tough times, there’s still this part of us that’s soft and open and vulnerable. Which is beautiful, I think.

Maybe this is your time to feel all of the things you don’t want to feel so you can better understand where it comes from and what you want moving forward. When I struggle with moving on, I always feel like it’s because I have more to work out first. You say your breakup has been more devastating than your divorce, and that makes a lot of sense to me because I think many of us grieved our marriages long before they actually ended. This time, you weren’t ready for it to end.

Even though we know from experience that all love leads eventually to loss, it still blindsides us. The fact that we know that and continue to risk it — even after broken marriages and various heartbreaks, death, destruction, all the various emotional plagues — is why human beings give me so much hope.

I mean, look at us! We have managed to open ourselves up in ways we didn’t think were possible, got absolutely ripped to shreds, and are still here!

This is what my friend meant when she said it was a good sign that I was having the same reaction you are. Because now I know what I am capable of feeling. For better and for worse. And it sounds like you do, too.

All of this to say: I honor the beauty of your open wound and its slow heal. And I appreciate you sharing your heart with us, here, because you’re right, we don’t talk about heartbreak enough — not after a certain age — and certainly not post-divorce.

And so I will stand over you in the same way my friend stood over me to tell you that I’m glad that, even after everything you‘ve been through, you still have it in you to love.

Here’s to the exposed wires of our hearts. It’s good to know we still have ones that work.

More Like This
For Many Women, Divorce Is An Act Of Liberation — For Me, It's Been Devastating
75 “Would You Rather” Questions For Couples, Ranging From Sweet To Sexy
Julia Fox's Apartment Tour Is A Glorious Antidote To Influencer Culture
100 Questions To Ask Your Partner At Every Relationship Stage
What Parents Are Talking About — Delivered Straight To Your Inbox