Sex And The Single Mom 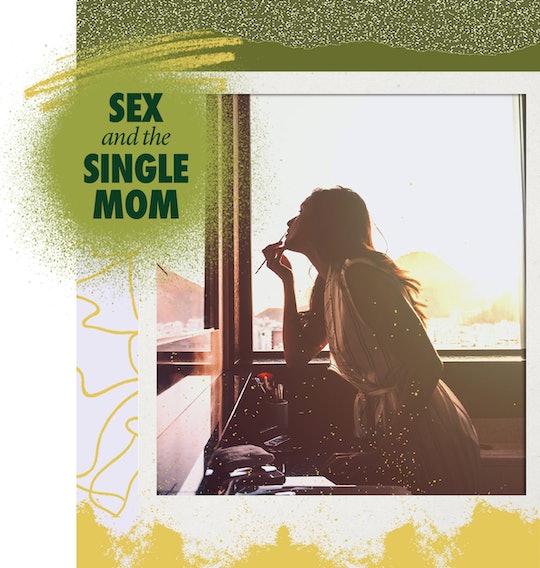 Widows Are Expected To Mourn Forever — How Do I Date Again Without Shame?

Grieving widows are supposed to stay single and celibate. But what if you’re ready for more?

Editors Note: I’ve received a series of questions from widows and all of them have the same theme — guilt. There are lots of widows out there — with and without young children — harboring guilt when it comes to dating and sex/sexuality, and I would like to speak to that. Which is why this week I’m Frankensteining several of your questions into one super question:

How do I date as a widow without guilt?

First of all, if you’re asking me this question, you probably can’t, which makes me want to get in the ring, gloves off, and go ballistic on our entire shame-based culture. (Please join me! Shame can only win when the shamed fall silent!) So much of internal shame comes from the external validation of that shame and that’s what I want to break down with you today.

Society says: You shouldn’t. Not yet. And yet, “yet” has no clear definition.

Society says: You’re not supposed to want to date. You’re supposed to want to maybe remarry, possibly cohabitate with someone — but not for two, maybe three years post-death. And then, preferably with someone you’ve already dated, someone you loved first, so it feels less like you’re cheating on your dead husband because this new guy was your high school sweetheart! The one who got away! You loved him first so it’s okay! Everyone will understand!

Of course, before you fall back in love with the boy you went to prom with in ’98, you must heal completely, form a non-profit in your dead spouse’s memory, read at least seven self-help books, get dragged out of the house by your friends who will undoubtedly pass your number to someone you casually mentioned was cute, even against your will, etc, etc. Insert whatever rom com plot point I haven’t referenced here.

Before you fall back in love with the boy you went to prom with in ’98, you must heal completely, form a non-profit in your dead spouse’s memory, and read at least seven self-help books.

You also must make sure that everyone around you (friends, family, not to mention strangers on the Internet) has given you their “perfect widow/er” stamp of approval because everyone will have an opinion of you — who you are, were, will be, should be. Of course, everyone will have a different opinion, but eventually, probably, (mostly?) everyone will agree that indeed it will be time for you to get back out there. Maybe.

These stories of new love replacing the old, especially when it comes to a partner’s death, are emblematic of our culture’s obsession with purity — not just sexually but across the board. Our expectations of others are often dehumanizing, demoralizing, and straight up cruel. And it isn’t just women that get shit for this. Remember when Patton Oswalt got absolutely slammed for remarrying “too soon” after his wife’s death?

It can be paralyzing to move forwards after a death because everyone is watching you. And whether it’s because they’re curious, fascinated, terrified, or concerned, the people in your community will see you as a person of interest because of your proximity to death.

Society has many opinions of widows with sexual agency, but none of them are positive. (Go ahead, give it a google — and read the comments while you’re at it. Hashtag #toosoon.)

Culturally, you’re supposed to feel guilty — terrible, even for wanting anything outside of structured heteronormative marriage and/or selfless motherhood. And dating after a death — specifically dating casually with young children at home — means you are doing both. You’re not supposed to want to fuck. Or maybe you are but years from now, preferably when you’re older and have been asexualized to the point of being unthreatening. Society loves an unthreatening sexless woman dipping her toe back in the pond. It’s so much easier to root for a widow if someone else needs to pull her out of her sexual coma. See exhibit #15267637: the Sex and the City reboot wherein our former sex columnist (now widow) can’t even talk about masturbation without covering her face in shame. (A sex columnist!)

Point being: cultural depictions of widowhood are asexual. Even the recently released Good Luck, Leo Grande, about a widow (played by Emma Thompson) who hires a sex worker, somehow managed to come off completely sexless. Even when our heroine (spoiler) finally gets off, it's as anticlimactic a sex act as I have ever seen.

I have been in your position, and I can tell you that a lot of the guilt — at least in my experience — was because I was the surviving spouse. It didn’t feel fair that I got to date after our marriage ended and he didn’t. I never felt like I was cheating on him after he died, but it felt painful to crack a new chapter knowing that he could not.

Acknowledging this is important. Sitting in that discomfort and untangling the wires of your sexuality from the wires of your marriage and marital sex is crucial. The truth is, your body is yours. It always was. Monogamy and patriarchy would like for us to think otherwise, but your desire is yours and yours alone. If you feel ready in your body to date or have sex or both, that’s all that matters.

If your body is telling you she’s alive, listen.

Let’s talk about the kids.

Yes, it’s complicated. Dating with young children as a widowed person is weird and it’s gonna be weird maybe forever. Depending on the ages of your children, I feel that this is an important thing to discuss with them: The discomfort, the awkwardness, the not knowing quite how to navigate the conversation.

I did not tell my kids right away that I was dating after their dad died, but I did tell them very soon after. And I explained to them why I wanted to and opened the floor for questions and concerns. Then I validated each and every one.

There is absolutely no such thing as too soon. Whether you have waited one hour, one day, or one decade, the want, desire, and need to be touched is nothing to be ashamed of.

Because while my feelings were absolutely valid, so were theirs. As important as it was for me to get back out there, it also was important for my kids to say and feel whatever they needed to say and feel about my doing so. — especially after a death.

There’s also the reality that as a widow, unlike many with joint-custody after a divorce, you are the sole parent of your children. Which will mean, since you don’t have “nights” alone, you will have to leave your children with or without a babysitter to date. And unlike a divorced parent who doesn’t need to explain to their kids where they are going on their non-parenting nights, you will have to have those conversations pretty early on.

And, yes. It’s going to be tricky.

Shame is what happens when fear is amplified by insecurity. Yes, my widowed friends, you are probably terrifying to certain people, and I am convinced that those who judge others for dating/having sex too soon after a partner’s death, do so fearing one, if not more, of the following:

So in case you haven’t gleaned my point so far, let me make it plain: There is absolutely no such thing as too soon. Whether you have waited one hour, one day, or one decade, the want, desire, and need to be touched is nothing to be ashamed of.

So, go forth in whatever direction feels necessary for you. You are here. And you are very much alive. So go live!

More Like This
For Many Women, Divorce Is An Act Of Liberation — For Me, It's Been Devastating
Julia Fox's Apartment Tour Is A Glorious Antidote To Influencer Culture
Why You Should Go Ahead And Have That Fourth Baby
100 Questions To Ask Your Partner At Every Relationship Stage
What Parents Are Talking About — Delivered Straight To Your Inbox