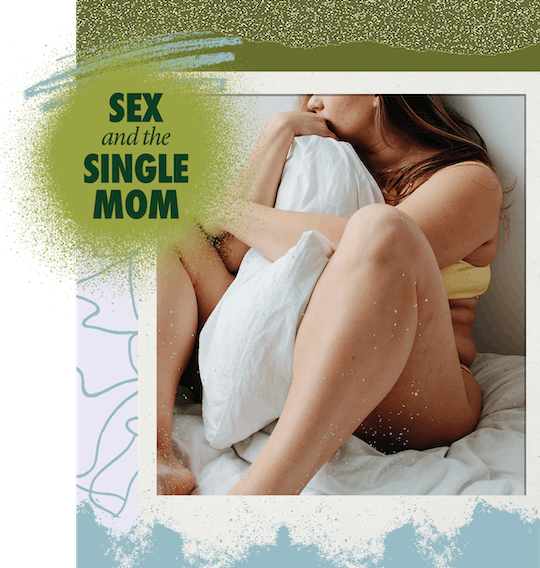 When I Date Someone New, Am I Cheating On My Kids?

Reality check: It is possible to be honest and private without being secretive.

Hi. I’m a single mom who is currently seeing someone my kids don’t know about. My new boyfriend and I usually spend time together when my kids are at their dad’s, but it can be tricky to align our schedules, so occasionally, I will leave my kids (who are old enough to be on their own!) to go have sex with him at his house. I can’t tell my kids I’m leaving to go have sex (they would die), so I tell them I’m out seeing friends or have a work thing. It’s beginning to feel like an affair because I’m essentially lying to them in order to get laid. I want to be more honest with them but also… I don’t think it’s appropriate for them to know about my sex life!

First of all, who says they need to know about your sex life? There is an absolute difference between your kids knowing about your sex life and your kids knowing that you are a human woman who has sex. I think it’s very easy to convince ourselves that being honest with our children means telling them everything, when that is absolutely not the case. But there is a difference between privacy and secrecy. While you will need and deserve a private life, keeping one in secret isn’t doing anyone favors, least of all you.

If you tell your kids the truth, they will not die.

I would go so far as to say the opposite, actually: They will wake up a little. By which I mean they will see you as someone other than mom, which is great because that is what you are! You are many things to many people including the lover of your lover and, most importantly, the you to yourself. And while it may seem scary to introduce yourself to your children as someone other than mom, it’s a pretty pivotal step on your journey toward a more honest life, one that doesn’t make you feel — as you say — like you’re cheating on your kids.

Don’t assume your kids will have hang-ups.

You say you feel guilty, but are your kids making you feel that way or is it coming from you? You’re saying your kids can’t know where you’re going, but is that because you don’t feel comfortable telling them or because they don’t want to know? Because if they’re old enough for you to leave them alone, they’re definitely old enough to know where you’re going, and while you should never feel obligated to tell your kids anything specific about your relationship with your lover, it sounds like the reason you’re feeling like you’re cheating on your kids is because you kind of are.

And while I totally get why it doesn’t come naturally for you to be like “BRB, kids! Gotta go get f*cked real quick!” there are many ways for you to be honest with your kids without being explicit. I would also venture to guess your kids will not want to know details.

But I think you will all feel much better about your current situation if you clear the air with some good old-fashioned transparency. Because if you don’t bring it up with them now, eventually they’re gonna figure it out, and then you will have to tell the truth — not only about your sex life but why you’ve felt the need to lie to them about it.

I think it’s very easy to convince ourselves that being honest with our children means telling them everything, when that is absolutely not the case. But there is a difference between privacy and secrecy.

Here’s what I suggest: Drop the news casually over dinner or, better yet, on a drive in the car. I find it much easier to have difficult conversations informally. Cars are great for dropping bombs, for example, because no one needs to make any kind of eye contact, and I think it’s symbolic to have difficult conversations while simultaneously moving forward. Also, if you’re anything like me, you probably spend the bulk of your one-on-one time with your kids in the car.

So, you know. Turn down the music. And tell them. Try this:

First, I would like to apologize to you. I haven’t been honest about something in the past, but I would like to be in the future. I have my own hang-ups, and I’m working on becoming more comfortable talking openly with you. And I feel like you’re old enough to know where I’m going, and I’m ready to tell you that sometimes I leave to have much-needed alone time with the person I am dating.

You can also explain to them why you don’t bring your person home, why you prefer to keep it private, and then see if they have any questions.

Model the kind of conversations you want them to have with you.

I actually think this is a great opportunity for you and your kids to practice telling each other uncomfortable truths without judgment. I also find that as a parent, an apology goes a long way. I think the difference between a good parent and a not-so-good parent comes down to whether or not the parent is willing to apologize when they f*ck up. A child doesn’t want a perfect parent. A child wants a human parent, and recognizing that even though we are in positions of authority, we are just as capable of making mistakes as anyone at any age is so important for our children to recognize. (They will be grown-ups, too, someday.)

I also think that explaining to your kids why you felt like you couldn’t tell them where you were going will not only be liberating for you but for them as well. Allowing yourself to be seen as a growing person who is learning how to be true to herself is an act of love. By doing this, you are giving them permission to be honest with you back, even if/when they haven’t been honest with you in the past.

I also want to make it clear to you that it isn’t your fault that you feel ashamed about talking openly with your children about you needing/wanting/leaving to have sex. We have been culturally conditioned to feel bad — as women, even more so as mothers — for wanting, needing and prioritizing sex with anyone who isn’t a cis-hetero spouse. But you have the power to change that and to model self-love, acceptance, and sex positivity to your children who are learning, every day, how to be an adult. From you.

Rebecca Woolf writes Romper’s Sex & the Single Mom series. She has worked as a writer for more than two decades and is the author of two books, Rockabye: From Wild to Child and the forthcoming All of This: A Memoir of Death and Desire. She lives in Los Angeles with her four children.

More Like This
For Many Women, Divorce Is An Act Of Liberation — For Me, It's Been Devastating
The Power Of Being A Funny Girl
What Is Emotional Cheating? Experts Explain
'Women Talking' Overwhelmed Me With Grief — And A Sense Of Possibility
What Parents Are Talking About — Delivered Straight To Your Inbox