Mariella Mosthof is a culture writer who covers Sex & Relationships at Bustle, as well as TV at Romper. Her beats at BDG include queer culture, labor issues, mental health, fertility, Real Housewives, the Bachelor franchise, prestige drama, and other appointment television. Mariella has written for Nylon, Bitch Media, VICE, Broadly, i-D, INTO, them., Slate, Glamour.com, Daily Dot, Nerve, and more. She's appeared on various media panels including HuffPost Live and CBC Radio's q, as well as in documentary feature The Ring Thing, the Stay Proud Project, and in Bustle videos. Her work at Bustle and Romper has been cited by the New York Times, the Washington Post, NPR, the Berkeley Guide To Social Movements and Social Media, media studies anthology Queer Technologies: Affordances, Affect, Ambivalence, and in the essay collections The Resistance: The Dawn of the Anti-Trump Opposition Movement and How To Fall In Love With Anyone. In 2013, Mariella's work was nominated for a James Beard Media Award. She's also a classically trained actor who graduated from New York University with a BFA in Drama and a BA in English. Mariella has lived in New York for the past 13 years, where she spends her free time rallying on behalf of sex workers' rights, being an effervescent party guest, and plotting a queer co-parenting commune. You can follow her on Twitter and Instagram at @mariellamosthof. 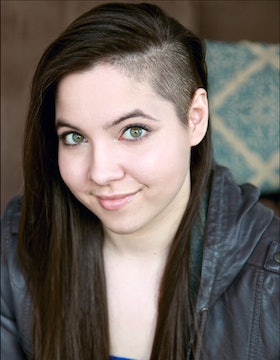 by Mariella Mosthof and Casey Suglia

Bette Davis Kept Her Youngest Daughter Out Of The Spotlight

Margot was adopted by the actress and her fourth husband Gary Merrill shortly after she was born.

What Surgery Did King George VI Have?

Fans Are Suddenly Worried About The Fate Of 'Below Deck Med'

Fans Of 'Below Deck Med' Want Some Season 4 Closure

Julia Schlaepfer Is Among The Breakout Stars On 'The Politician'

'The Politician' Introduces A New Face You're Gonna Want To Remember

'Mixed-ish' Recast Its Dad With A Very Recognizable Face

How To Rewatch Everything You Missed At The 2019 Emmys

Your Next 'Bachelor' Has Arrived & He Might Be A Surprise

Here's How To Watch 'The Office' After It Leaves Netflix